April 13, 2020
Net-News
Film director Armondo Linus Acosta has brought together the talent of three Oscar winners to recreate the masterpiece in a “living painting.” The result is surprising …


What was Jesus’ Last Supper like? Or rather, how did one of the greatest artists of all time, Leonardo da Vinci, imagine it? This question was answered with surprising realism by a film genius, American director Armondo Linus Acosta in “The Last Supper: The Living Tableau“.
To achieve the perfection he imagined, Acosta invited three Oscar winners to collaborate with him: Vittorio Storaro (cinematography), Dante Ferretti and Francesca Lo Schiavo (set design and decoration). 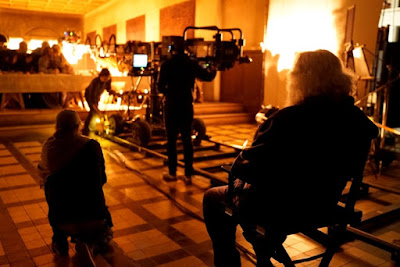 The result is not a film, even though it’s a cinematic production, but rather a true “living tableau,” a three-dimensional work of art, which throughout nine minutes allows us to relive Leonardo’s painting.
The living painting shares the experience of the Last Supper “in the most passionate and divinely inspired way possible,” says Acosta in a statement sent this Holy Thursday to Aleteia.org.

Acosta explains: “I deliberately recorded the living picture in extreme slow motion, because I do not consider it to be a film, but rather a picture.”

Every element of the “living painting” has been realized with absolute respect for Leonardo’s work, carried out between 1495 and 1497, in which the Italian artistic genius integrates his revolutionary parameters of perspective, transforming forever the history of art.
Acosta explains: “I deliberately recorded the living picture in extreme slow motion, because I do not consider it to be a film, but rather a picture.” 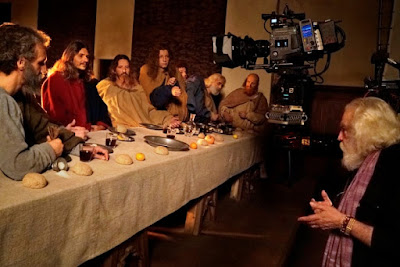 Thus, the image allows us to meditate on the mystical implications of this extraordinary work of art left to us by the genius of Leonardo.
The scene opens with a timeless landscape, over which the deep notes of Gioachino Rossini’s Stabat Mater can be heard. The room and the table (the first altar of the Eucharist) appear slowly, creating a narrative tension in which the apostles await the arrival of Jesus.
[Highlighted quote:] Armondo Linus Acosta: “I don’t consider this a film, but rather a painting.”
The apostles murmur among themselves, wondering why the Lord has gathered them together. Jesus enters, occupying the central place in the scene and, after blessing the disciples and the supper, the climax comes: the announcement of the betrayal by one of those present.
For the first time, the play was transmitted on television this Holy Thursday by the Italian Catholic channel TV 2000, as a homage of the authors to Pope Francis and as an invitation to prayer in this very difficult moment that the world is going through because of the coronavirus.
“The Last Supper: The Living Tableau” has also been published on YouTube by the Italian newspaper “Il Corriere della Sera“, thanks to which you can contemplate this work of art here.