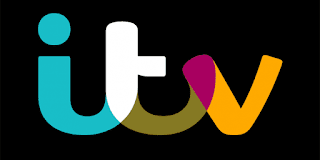 LONDON (Reuters) - Britain’s biggest free-to-air broadcaster ITV came under fire on Tuesday after one of its leading presenters said no one knew whether a conspiracy theory that 5G masts help spread the novel coronavirus was true or not.Some telecoms masts in Britain have been attacked and engineers abused as the conspiracy theory, which scientists, phone companies and the government say is completely untrue and without any basis in fact, has spread across social media.

“What I don’t accept is mainstream media immediately slapping that down as not true when they don’t know it’s not true,” Eamonn Holmes, a veteran presenter on ITV, said on the “This Morning” show on Monday.
“It’s very easy to say it is not true because it suits the state narrative,” he said.
Britain’s media regulator Ofcom said it had received 419 complaints following the comment and was assessing the programme in question as a priority.
Holmes on Tuesday sought to clarify his comments, saying there was no connection between the national health crisis and 5G and to suggest otherwise was wrong and possibly dangerous.
“Every theory relating to such a connection has been proven to be false and we would like to emphasise that,” he said on “This Morning”.
“However, many people are rightly concerned and are looking for answers, and that’s simply what I was trying to impart yesterday.”
BT, the owner of the EE mobile network, said 22 of its sites were attacked over the Easter holiday, while Vodafone said 20 of its UK masts had been targeted by arsonists.
Vodafone UK Chief Executive Nick Jeffery said one of the sites attacked provided connections to the “Nightingale” hospital set up to treat COVID-19 patients in Birmingham, central England.
“It’s heart-rending enough that families cannot be there at the bedside of loved ones who are critically ill,” he said.
“It’s even more upsetting that even the small solace of a phone or video call may now be denied them because of the selfish actions of a few deluded conspiracy theorists.”
He said there was “absolutely no link between 5G and coronavirus”, and there was no evidence that the technology was harmful to human health.
British broadcasters such as ITV, the BBC and Comcasts’ Sky are regulated by Ofcom in order to guarantee that they meet certain standards.
Britain’s cabinet officer minister, Michael Gove, and senior health officials have described the 5G conspiracy theory as dangerous fake news that could threaten connectivity at a time when it is needed more than ever.
“The idea that COVID-19 is caused by 5G mobile phone signals is complete rubbish,” said Simon Clarke, an expert in cellular microbiology at the University of Reading.