Congo was close to defeating Ebola, then one more case emerged 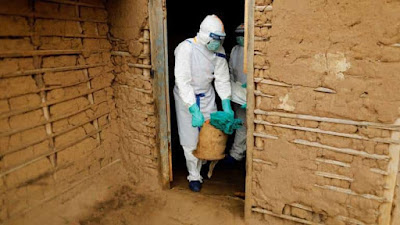 Health workers in lime-green scrubs and white gumboots danced, ululated and drummed on buckets in celebration as the woman they hoped would be the last patient treated for Ebola in the Democratic Republic of Congo was released from a treatment center there in early March.