Coronavirus Cyprus - Seven new cases, measures should be relaxed in next few days 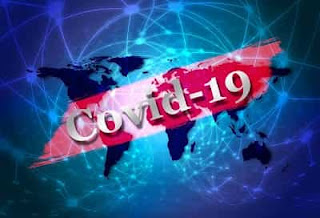 Seven new Covid-19 cases were detected on Sunday, paving the way for the gradual relaxation of the lockdown measures in the next few days, the health ministry announced on Sunday.
This brings the total number to 817, including 10 in the British bases.
No deaths were reported. The results of the test on an 80-year-old woman who died at Paphos hospital early Sunday have not yet been released though she was admitted with virus-like symptoms.
“Based on the data we have before us, this can pave the way towards relaxing the restrictive measures in the next few days,” virologist Dr Leontios Kostrikis said.
The new cases are a result of 2,415 tests carried out.
Specifically, one case was found as part of the government’s strategy to test 20,000 front-line staff, whereby 1,047 tests were carried out on Sunday. Three cases were people who returned from abroad over the past few days, of which 190 have been tested.
As a result of 658 lab tests carried out through private initiatives, two people were found positive. Out of 282 tests carried out as part of an 800-person random sample, one person tested positive.
No positive cases were found after 112 people were tested through contact tracing and no cases were found from 126 tests carried out by hospital laboratories. Samples taken by the state health services (Okypy), lab tests have yet to be completed.
The government’s strategy to test 20,000 front-line staff which began on April 11 has so far seen a total of 16,007 lab tests carried out as of Sunday, 4pm.
“After today’s encouraging numbers, we have before us a credible epidemiological picture which allows us to move towards the conclusion we can now move on to the next stage, the gradual lifting of restrictive measures,” Kostrikis said.
Thanking the public for the efforts it has undertaken so far, Kostrikkis said the scientific committee was very satisfied with the progress so far, but said he would not delve into details about relaxing the measures because the government needed to be briefed in detail as it is the decision-making body.
“Lifting the measures must be accompanied by the strict adherence to rules of personal hygiene and self-protection measures,” Kostrikkis stressed.
According to Okypy scientific director Dr Marios Loizou, there are 18 people at the Famagusta general hospital, which operates as a reference hospital for Covid-19, two of whom are in the increased care unit. All patients are in stable condition.


Five patients across the country are intubated, one in Limassol general hospital’s ICU and four in Nicosia general hospital’s ICU.
The latter’s ICU is also treating another four patients who are not intubated. Their condition is critical but stable.
All hospitals but the reference hospital have three confirmed cases in a separate wing.
Loizou added that the health ministry issued guidelines on limiting Covid-19 in the blood dialysis units, focusing on reducing the risk of spreading the virus within different units and special protocols on treating dialysis patients which have tested positive for the coronavirus.
He urged the public to remain alert on protecting vulnerable groups.
“Our success until today in protecting these groups has given us the right as a society to be proud and is pivotal in the possibility we have today to move towards gradually relaxing measures.”
In the north, no new cases were reported for the ninth consecutive day. A total of 262 tests were carried out on Sunday and all tested negative.
The number of cases in the north remains at 108 and 12 people are being treated. The total number of tests has reached 9,009.