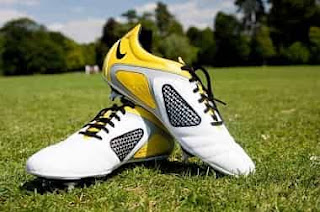 Efforts will intensify this week to find a way to complete the Premier League season, after the government declared its desire to see football back “as soon as possible”.

With Premier League clubs due to meet on Friday and a new grouping led by the Department for Digital, Culture, Media and Sport also convening this week, government officials talk of a “quickening of the pace”. But as some Premier League clubs open up their training grounds, the details of how elite sport could safely return remain unresolved.
Only on Friday will top-flight clubs be presented by the league with a protocol to enable a full return to training. After a weekend of headlines trumpeting the return of top-flight football, with a three-week pre-season beginning in May and matches behind closed doors from 9 June, the culture secretary, Oliver Dowden, told parliament on Monday that he backed a quick return but with a significant coda.
“I personally have been in talks with the Premier League with a view to getting football up and running as soon as possible in order to support the whole football community,” he said. “But, of course, any such moves would have to be consistent with public health guidance.”
A meeting between the DCMS, representatives of Public Health England and executives from Britain’s biggest sports, including the Premier League, is due this week to discuss how sport could safely resume. It is understood that any medical and safety plans will have to be signed off by PHE and the government.


Uefa has asked all leagues and/or national associations to “be in a position to communicate” by 25 May “the planned restart of their domestic competitions – including the date of restart and the competition format”.
While the challenges of staging sport, even behind closed doors, are increasingly being discussed, those that precede any resumption of competition are also coming into focus.
On Monday Arsenal, West Ham and Brighton reopened their facilities for socially distant training and Tottenham will do the same on Tuesday. With limits on time and the number of athletes, each club is setting its own terms. Arsenal allowed a maximum of five players on to their training pitches at any one time, while West Ham and Tottenham are limiting their players to solo running exercises. Spurs say no more than one player will be permitted on any pitch at any time and that players must arrive alone in kit and return home immediately after their session.
According to one expert, conditions would have to substantially improve for final preparations for any resumption to begin in the middle of May.


“With social distancing you can’t do the things that tick lots of boxes,” said Dr Craig Boyd, senior lecturer in sports performance at Manchester Metropolitan University, who has worked with elite football clubs and Team GB athletes. “Game-defining moments are sprinting, turning, stopping, tackling and doing those while considering opponents and the ball.
“These are the most strenuous activities in football and increase the likelihood of success and failure. They are currently totally stripped back, and even in small groups they would be problematic. Getting over social distancing, that is the big thing.

“Players will need less time to get fit than in normal pre-season because they won’t be flying around the world playing games. But until you’ve got the whole team back together the technical, tactical and physical can’t be worked on. And if you don’t have enough time to do it, it will increase the likelihood of injury.”
In a move that appears to acknowledge the physical demands that will be put on players when the season recommences, Fifa announced on Monday that it would advocate the temporary introduction of up to five substitutions per team. These could be made in a maximum of three in-game slots and at half-time.


“Safety of the players is one of Fifa’s main priorities,” said a spokesperson. “One concern in this regard is that the frequency of matches may increase the risk of potential injuries due to a player overload.
“In light of this and the unique challenge faced globally in delivering competitions according to the originally foreseen calendar, Fifa proposes a larger number of substitutions be temporarily allowed at the discretion of the relevant competition organiser.” This could be applied until the end of the 2020-21 season and to international games until 31 December 2021.

Elsewhere, Uefa announced that it would be releasing €236.5m (£206.3m) to its member associations. The money cis usually ringfenced for “investment, education and knowledge sharing” but those restrictions have been lifted.