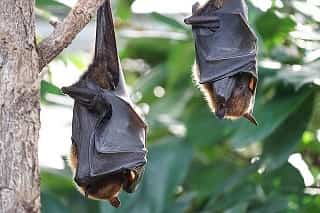 The Wuhan Virus may have been deliberately engineered in the laboratory by joining parts of different viruses together using what is called recombinant technology.


Let’s start with the bats, the species known as Intermediate Horseshoe Bat, to be exact.  The Chinese Communist authorities claim that the China Virus, called SARS-CoV-2, is a naturally occurring coronavirus that is carried by the Horseshoe Bat. They also claim that the virus “jumped” from its normal host to humans at the Wuhan “wet” market.
Both of these claims are demonstrably false.
Let’s start with the Wuhan “wet” market. As I told Jesse Watters on his FOX news show, “Watters World,” last week, if the “wet” market was actually “ground zero” for the outbreak, the authorities would have burned it to the ground. Instead, they have now reopened it.
It is an open secret in Wuhan that, as a team of researchers from Wuhan noted in late February, that there were no bats in the market and that direct transmission from bats to humans in the market was “unlikely.”
Two other researchers had reported the same thing a week earlier, namely, “[T]he bat was never a food source in the city and no bat was traded in the market.”  But these researchers, both surnamed Xiao, went even further.  They pointed out that there were bats in Wuhan--thousands of them—but they were being kept in two biolabs not far from the “wet” market where they were used for research purposes.
They identified the two labs as the Wuhan Centers for Disease Control and Prevention (CDC) and the Wuhan Institute of Virology (WIV).  The Wuhan CDC is the national center for China’s bat coronavirus research.  Wuhan Institute of Virology uses recombinant technology to create and study new coronaviruses. The conclusion of the two Doctors Xiao was that “somebody was entangled with the evolution of [SARS-CoV-2] … the killer coronavirus probably escaped from a laboratory in Wuhan.”
Their word choice is a little awkward because the researchers were writing in what is for them foreign language. But what they clearly mean is that the China Coronavirus now plaguing the planet is not the result of a natural recombination of two different viruses in nature through an intermediate host, as many claim.  Rather it was deliberately engineered in the laboratory by joining parts of different viruses together using what is called recombinant technology.
More on the science of how this was done later.  Right now all you need to know is that, within a few hours of its publication, their paper on “The possible origins of [SARS-CoV-2] coronavirus” was withdrawn.  This same fate has since befallen several papers by Chinese authors who have attempted, at great risk to themselves, to reveal the truth about the origin of the outbreak to the world.
Now back to the bats.
China’s chief bat hunter is an employee of the Wuhan CDC named Tian Junhua.  Mr. Tian’s full-time job since 2012 has been collecting bat viruses for research purposes. Over this time he collected thousands of live bats, as well as countless samples of bat urine and feces, from caves over six hundred miles distant from Wuhan. The tiny mammals obviously didn’t get to the city under their own power, but were trapped and transported to the two biolabs by the industrious Mr. Tian.  As the two Drs. Xiao wryly noted, “The probability was very low for the bats to fly to the market.”
As a result of the efforts of Mr. Tian and others, China now boasts that it has “taken the lead” in global virus research. It claims to have discovered over 2,000 new viruses since the SARS Coronavirus epidemic of 2003.  To give you a sense of the scale of China’s effort, the total number of viruses discovered over the last two hundred years is, at 2,284, only slightly more.  China’s frenzied collection efforts have nearly doubled the total number of known viruses, and includes hundreds of new and possibly dangerous coronaviruses.
That’s a lot of potentially harmful pathogens to keep track of.  But it is also a huge cache of coronaviruses to harvest parts and pieces from if you are looking to make an already deadly coronavirus even deadlier.
And that seems to be exactly what a group of researchers at the Wuhan Institute of Virology, led by a woman named Shi Zhengli, may have been intent upon doing right up until the end of 2019.
We all know what happened then.