April 10, 2020
Net-News
If you wanted to give an extravagant gift 5,000 years ago, you might have chosen an ostrich egg.
Now some of these beautiful Easter egg-sized objects are in London's British Museum.


The eggs were found in Italy but their origins have long been a mystery - ostriches are not indigenous to Europe.
Now, research into the museum's collection by an international team of archaeologists reveals new insights into their history.
People across Europe, the Mediterranean and North Africa traded ostrich eggs up to 5,000 years ago, in the Bronze and Iron Ages.
Eggs were decorated in many ways - painted, adorned with ivory or precious metals, or covered in small glazed stones or other materials.
The five eggs in the British Museum's collection are embellished with animals, flowers, geometric patterns, soldiers and chariots.
Archaeologists usually find the eggs in the burial sites of wealthier individuals and they were probably luxury items, explains Dr Tamar Hodos, the project leader at the University of Bristol. 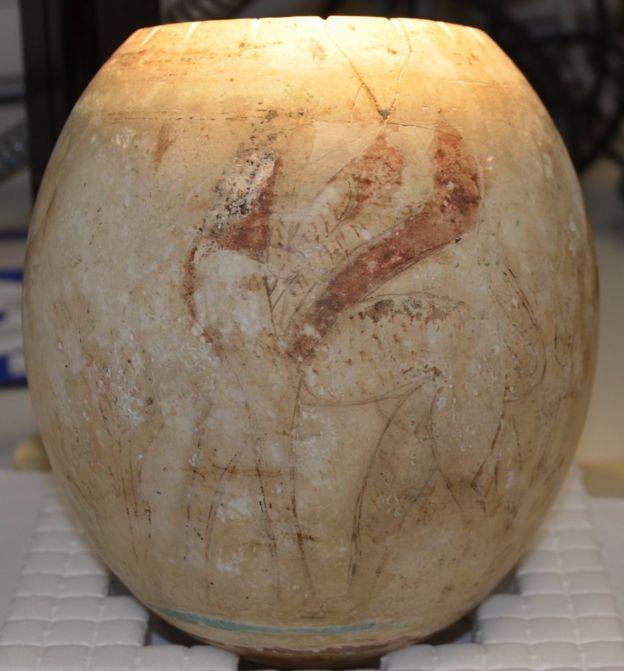 But working out where the eggs were laid can reveal more about their history, the new research published on Thursday in the journal Antiquity says.
Dr Hodos's team were keen to find out where the ostrich eggs came from, and whether the ostriches were wild or farmed.
Wild ostriches are extremely dangerous, so much so that ancient Greek historian Xenophon wrote that no-one managed to capture them.
Finding out this type of information helps us better understand the ancient civilisations and trade patterns that laid the foundation for the modern world.

What did the researchers discover?

The archaeologists analysed isotopes, or chemical elements, in the egg shells.
Using modern ostrich eggs from Egypt, Israel, Jordan and Turkey, the researchers compared isotopes in ancient and modern eggs to trace their origins. 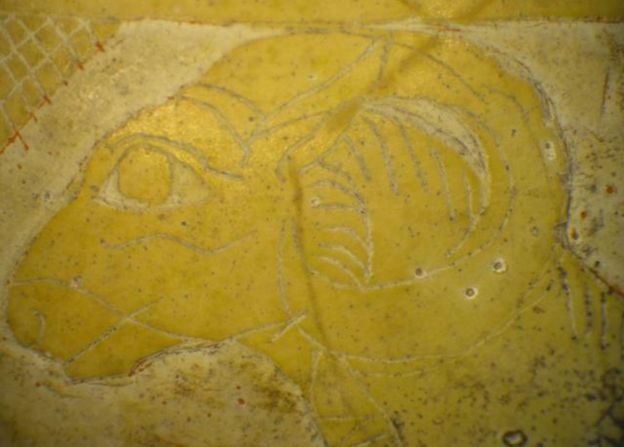 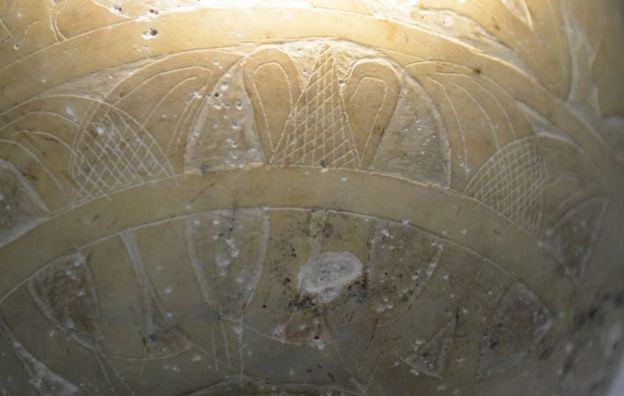 The findings suggest that ostrich eggs could have been traded across large distances in the Nile Delta in northern Egypt and the Levant (including Jordan, Syria, and Turkey).
Dr Hodos's team also believe that the ostriches were wild, suggesting that traders went to great lengths to obtain the eggs.
"It was a risky undertaking, because the ostrich is incredibly dangerous, so not only did someone have to find the nest sites, but then they had to steal the eggs," Dr Hodos explains.

What did they find out about the exquisite decoration?

The researchers used a number of tools and techniques to try to recreate the methods ancient craftsmen used to decorate the eggs - but ultimately the team was unable to replicate the decoration.
This suggests the eggs hold many more secrets, and in order to tell their fuller story, more research is needed, Dr Hodos says.
The archaeologists now plan to investigate the symbolisms and uses of ostrich eggs, and why they became so popular in the Mediterranean (where ostriches were not indigenous).
So remember, if you're tucking into a chocolate egg this Easter weekend, you're the latest in a very, very long line of people sharing decorated eggs.