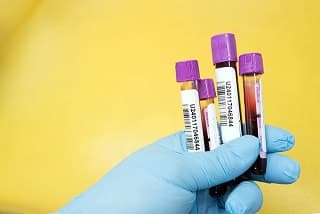 NEW YORK (Reuters) - A preliminary survey of New York state residents found that nearly 14% of those tested had antibodies against the novel coronavirus, suggesting that some 2.7 million may already have been infected, Governor Andrew Cuomo said on Thursday.


While noting the small sample size of 3,000 people and other limitations of the survey, Cuomo said the implied fatality rate of 0.5% of those infected was lower than some experts feared.
"If the infection rate is 13.9 percent, then it changes the theories of what the death rate is if you get infected," Cuomo told a daily briefing.
The implied fatality rate of 0.5% was calculated by dividing the official statewide death count to date of about 15,500 by the estimated number of infected - 14% of New York's 19 million residents, or 2.7 million people.
As of Thursday, New York had 263,460 confirmed cases and a death toll of 15,740, according the state's official count, or nearly 6% of those who tested positive for the coronavirus.
Among other limitations, Cuomo said the official death count was surely an undercount because it only included people who had died in hospitals or nursing homes and not those who expired at home without a diagnosis of COVID-19, the respiratory illness caused by the virus.
The survey targeted people who were out shopping, but not working, meaning they were probably not essential workers like grocery clerks or bus drivers. Those surveyed were more likely to test positive for antibodies than someone isolated at home, Cuomo said.
Even after discounting those factors, Cuomo said the preliminary data added to his understanding of the virus and would inform his plans to reopen the state, with social distancing measures possibly relaxed more quickly in less infected regions.
Cuomo said the state would keep adding to the sample size in the coming weeks and would test more in African-American and Hispanic communities, which made up disproportionately high percentages of positive tests in the survey so far. Whites have registered a disproportionately lower infection rate.
"I want to see snapshots of what is happening with that rate – is it going up, is it flat, is it going down," Cuomo told a daily briefing. "It can really give us data to make decisions."


The infection rate implied by the New York survey was greater than the 4.1% found in a similar but smaller study of Los Angeles County residents released earlier this week.
That survey, conducted by University of Southern California researchers on 863 people, also suggested a death rate that was lower than previously thought but also that the virus may be being spread more widely by people who show no symptoms.
Stephen Hawes, chair of the University of Washington's department of epidemiology, said he believed it was likely that New York's survey was overestimating the infection rate somewhat by targeting people moving around in society.
And while cautioning that the survey had not been peer reviewed and that antibody tests can be inconsistent, he said it was a step toward filling the "huge gaps" still confounding experts trying to understand transmission of the disease.
Questions also remain as to whether testing positive for antibodies means a person has achieved immunity, he said.
Over the past week, Cuomo has increasingly turned his attention to ramping up testing as hospitalizations, intubations and other metrics continue to improve, suggesting the state hit hardest by the pandemic has likely passed the worst stage.
Cuomo told a daily briefing that net hospitalizations fell by 578 to 15,021 patients on Wednesday, the 10th straight day of decline. He reported an additional 438 coronavirus deaths, down from 474 a day earlier and the lowest total since April 1.
(Reporting by Nathan Layne in Wilton, Connecticut, Jessica Resnick-Ault and Barbara Goldberg in New York; Editing by Frank McGurty and Howard Goller)