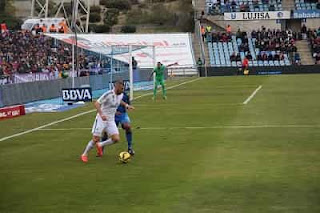 Real Madrid striker Karim Benzema remains one of the world’s best players, according to Davor Suker.
The France international has been with the Spanish giants since 2009 and has made over 500 appearances for the club in all competitions.
Benzema remains a mainstay in the first-team and has netted 19 goals in 36 matches this season to help lift Zinedine Zidane’s team to second place in La Liga.
Suker says the 32-year-old has cemented his place as a Madrid legend, adding that he is still an elite striker.
“I like him as a number nine. Today, he is in the history of Real Madrid,” Suker, who won La Liga and the Champions League during a three-year spell at the Santiago Bernabeu before joining Arsenal in 1999, told Goal.
“I like the way that he plays and there is no doubt that he is one of the best players in the world.”
Benzema’s path to the pinnacle of world football began when he joined Lyon’s youth system at the age of 10 before emerging as a star for the senior team, making almost 150 appearances before moving to the Spanish capital.
The attacker said earlier this month that he wants to return to his former side before his career comes to an end, but stressed he still has work to do at Madrid.
However, the capital club are said to be looking to replace him in the near future. They are constantly being linked with a big money move for Paris Saint-Germain star Kylian Mbappe, while they have Luka Jovic in reserve following his arrival last summer.
The pressure is on Benzema to prove he deserves to keep his place in the starting XI and he must keep the goals coming, Suker says.
“All I can say is that I wish all him all the best, and to score many, many goals because, in the end, the statistics are the gauge of strikers,” he added.
“You need to score many goals to remain at the top.”
Benzema has two years left on his contract with the Spanish club.
Source