Postponed Tokyo Olympics to be CANCELLED if coronavirus not under control by 2021, organizing committee head says 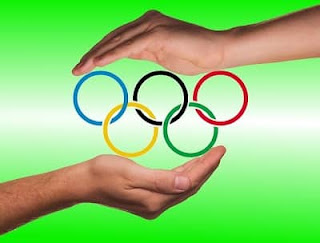 If the global coronavirus crisis isn’t brought under control by next year, the Tokyo 2020 Olympics – already re-scheduled for July 2021 – will be cancelled, the president of the organizing committee said in an interview.

Speaking to Japan’s Nikkan Sports daily, Organizing Committee President Yoshiro Mori ruled out any possibility of the 2020 Olympics being postponed beyond 2021. If Covid-19 still remains a threat next year, the Olympic Games will not take place at all, he said.

“In that case, it's cancelled.”

Mori, who also served as Japanese prime minister in the early 2000s, recalled previous instances when large-scale hostilities made holding the Olympics impossible. The Games were cancelled three times before – in 1916 due to World War I, as well as in 1940 and 1944 during World War II.
The Japanese official likened battling Covid-19, which has infected over 3 million people worldwide, to “fighting an invisible enemy.” If the world succeeds in keeping the epidemic at bay, “we'll hold the Olympics in peace next summer,” Mori said, adding that humankind “is betting on it.”
Previously, the International Olympic Committee (IOC) said Japan can’t consider a postponement beyond the summer of 2021. Calling it “a mammoth undertaking,” the body explained that re-scheduling the Games “will involve restrictions and compromises on the part of everyone involved.”
The existing dates for 2021 were settled upon in March by Tokyo and the IOC. The Games were originally set to run from July 24 to August 9, 2020, but the raging coronavirus epidemic led international sports officials to alter the plans.