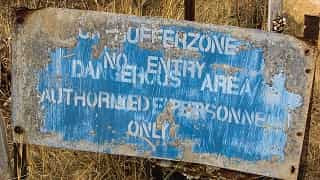 Unite Cyprus Now on Thursday called on the two sides to reopen the crossing points before opening up the island to international flights.


In a written statement to mark the 17th anniversary since the opening of the crossings by the Turkish Cypriot side on April 23, 2003 the group said: “The future of the crossing points is a critical moment for the future of the island.”
The authorities on both sides decided to handle the Covid-19 crisis separately, they said, and since 14 March both sides have made crossings impossible.
As both sides now consider how to reopen public life, the group said, “we urge them not to accept the Green Line as a “hard internal border”, and to reopen the crossing points before opening up the island to international flights.”
This will allow life to return to normal for hundreds of thousands of ordinary Cypriots, they said.
“Decisions made in the next few days and weeks will determine whether our political leaders have given up on the opportunity to unite the island in peace and have decided on permanent partition, without asking the public,” the group said.
According to UCN, between April 2003 and March 2020, there have been around 20 million crossings “with peaceful intermingling of fellow Cypriots, after 29 years of being kept apart.”
Citing the latest World Bank and EU Pulse Survey, UCN said that by December 2019 one in every three Cypriots had experienced contact with at least one member of the other community in the previous seven days.
The survey found that this increase in contact had a positive impact on trust.
“Maintaining contact is therefore critically important to laying the foundations for the reunification of our homeland,” they said.
The group also said that closure of the crossing points also has a material impact on employment. According to Republic of Cyprus data, 1,525 Turkish Cypriots, citizens of the EU, are paying social insurance as employees in the south. “Under the current circumstances, it is impossible for them to access their salaries or places of work.”
The decision is in the hands of the political leaders, it said. “But they will not move if citizens do not show that they will not accept the permanent partition of their country without being consulted.”