CHINA SHOULD TRIPLE NUCLEAR ARSENAL TO DETER US, EDITOR OF STATE-RUN NEWSPAPER ARGUES 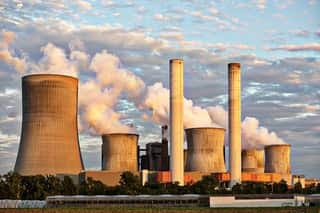 China should drastically increase its stockpile of nuclear warheads to dissuade the United States from pursuing its strategic ambitions abroad, the editor of the Global Times has urged.
In a piece published by his own paper, Hu Xijin said China is a “peace-loving nation” that has pledged to never be the first to use nuclear weapons. He argued, however, that Beijing must aim to expand the number of its nuclear warheads to 1,000 to create a powerful deterrent to “shape the attitudes of US elites toward China.” The Asian power currently has around 300 nuclear weapons.
He said that bolstering China’s nuclear capabilities would keep “an increasingly irrational” United States at arm’s length.
“Some people may call me a ‘warmonger’ because I want the country to have more nuclear warheads. They should instead give this label to US politicians who are openly hostile to China.”
The Global Times editor emphasized he would prefer a “peaceful coexistence” between China and the US, but observed that Washington “only believes in strength.” China cannot “beg” to be treated as an equal on the world stage, he argued.
Xijin’s commentary came just a day after US President Donald Trump rallied for an “effective arms control” deal between Washington, Beijing and Moscow, during a telephone call with Russian leader Vladimir Putin.
Trump has repeatedly called on China to join negotiations for the renewal of the New START treaty – the nuclear arms pact between the US and Russia that is set to expire in February 2021. So far, Beijing has expressed little interest in participating in the accord.
Tensions between the United States and China are on the rise, fueled primarily by allegations that Beijing had a hand in the outbreak of Covid-19 that has now spread across the world. China has dismissed these claims as unfounded, and has repeatedly challenged the White House to produce evidence of an alleged cover-up or sinister role in the health crisis.