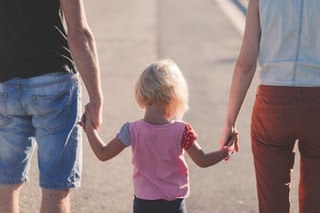 Italian doctors have found a "strong association" between the novel coronavirus and a rare condition that has been seen in clusters of children in several countries since the beginning of the pandemic.

The condition is similar to Kawasaki disease, an inflammation of the walls of the arteries which ordinarily affects just one in 10,000 children. The new Kawasaki-like syndrome is also often accompanied by toxic shock, and has seen some children need intensive care.

Scientists have suspected a link between the two diseases, given the coincidence between the pandemic and the unusual flare-up of the Kawasaki-like syndrome. UK health officials also noted that cases had similar blood profiles to children with severe COVID-19. But without firm evidence, it was not possible to make the connection for sure.

On Wednesday, a peer-reviewed study published by Italian doctors in the medical journal The Lancet provided the first clear evidence that the illness has a connection to the coronavirus.

The study took place in Bergamo, one of the cities worst-affected by the coronavirus. At Papa Giovanni XXIII hospital, doctors found that 8 out of 10 children with the condition also tested positive for the antibodies to the coronavirus, technically named SARS-CoV-2. Doctors suspect the other two could be explained by unreliable test results.

Incidences of PIMS-TS increased 30-fold in Bergamo in the space of a month, the doctors said.

However, it is still exceedingly rare, and the study noted that it probably only affects around 1 in 1,000 children exposed to the coronavirus.

Dr Lorenzo D'Antiga, director of child health at Papa Giovanni XXIII hospital where the study was carried out, told The Guardian that the results provide "the first clear evidence of a link" between the coronavirus and PIMS-TS.

"I have no doubt that Kawasaki[-like] disease in these patients is caused by Sars-CoV-2," he added.

Health officials around the world are monitoring rising rates

The World Health Organization (WHO) has had its clinical network on alert since April 30 after UK health officials noted a rise in cases, citing a "growing concern" that the disease could be connected to the coronavirus.

At that time, almost 100 children in 7 countries worldwide had been reported with the condition, including UK, the US, France, Spain, Switzerland and Australia. In the UK, 12 children needed intensive care for the syndrome, and one 14-year-old boy has died, according to The Guardian.

By Tuesday in the US, around 100 children were suspected of having the syndrome in New York alone, another city heavily-hit by the coronavirus, The New York Times reported. At least three of those have died, according to the paper.

Gov. Andrew Cuomo said hospitals in the state should prioritise testing any children with relevant symptoms for the coronavirus, the paper reported.

Doctors are still studying what could cause the connection between the two diseases. Kawasaki disease is thought to be triggered in some children by an earlier viral infection.

Pediatrician Dr Marianna Fabi at Bologna's Sant'Orsola-Malpighi hospital, earlier told Il Corriere Della Sera: "Kawasaki syndrome does not have a precise cause, but in genetically predisposed children there is a triggering environmental factor, probably infectious and probably viral."
Source