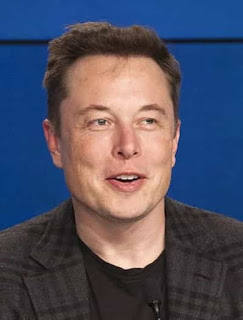 Elon Musk has called for an end to lockdown measures designed to slow the spread of the coronavirus outbreak and prevent more deaths, tweeting “FREE AMERICA NOW” and “Give people their freedom back”.
The Tesla and SpaceX CEO also praised Texas for beginning to lift social distancing restrictions this week by allowing some cinemas, restaurants and other businesses to reopen.
Mr Musk's outburst on Twitter echoed similar tweets from President Donald Trump earlier this month to “LIBERATE” states from coronavirus lockdown.
Trump’s tweets were criticised as an attempt to stir up rebellion in three Democrat-led states, with the governor of Washington State branding them “unhinged rantings” aimed at “encouraging illegal and dangerous acts”.
Mr Musk has been consistently critical of what he perceives to be an overly cautious response to the pandemic, despite scientists and medical professionals warning that strict measures are required to prevent more deaths.
The billionaire's predictions about how serious the pandemic is have also been wide of the mark, having predicted in March that the outbreak would be nearly over by the end of April.
"Based on current trends, probably close to zero new cases in US too by end of April," he tweeted on 19 March.  At the time, there were less than 15,000 confirmed cases of Covid-19 in the US.
The US has since become the worst affected country in the world, registering more than 1 million confirmed cases of the deadly disease. This is more than the next five worst hit countries – Spain, Italy, France, the UK and Germany – combined.
There have so far been 59,329 recorded deaths, while more than 830,000 of the cases remain active and close to 20,000 critical.
Twitter recently announced that it would remove tweets that could provoke "widespread panic, social unrest, or large-scale disorder" from its platform.
A spokesperson told The Independent that it was "prioritising the removal of Covid-19 content when it has a call to action that could potentially cause harm".
Trump's tweets were seen as an endorsement of anti-lockdown protests, which disobeyed health guidelines recommending people to avoid mass gatherings. The organiser of one major rally in North Carolina has reportedly since tested positive for Covid-19.
Both Trump's and Mr Musk's tweets remain on Twitter, with the firm stating: "We will not take enforcement action on every tweet that contains incomplete or disputed information about Covid-19."
More than 2,400 tweets have been deleted since the new policy enforcement guidance was updated on 18 March, though the spokesperson said Mr Musk's tweet is "currently not in violation" of its rules.