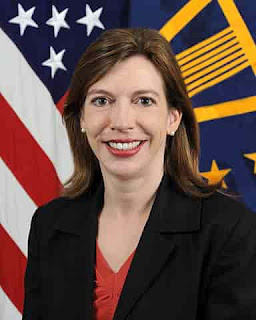 Evelyn Farkas, a former Obama administration defense official, admitted under oath that she lied during an MSNBC interview about having evidence that Trump campaign staff was colluding with the Russians, according to a newly released transcript of her testimony.


What's the background?
Farkas, who served as the deputy assistant secretary of Defense for Russia, Ukraine, and Eurasia from 2012-15, said during the MSNBC appearance in March 2017 that she had been urging colleagues and congressional lawmakers to gather up evidence of Trump-Russia collusion before Obama left office.

She said she feared that Trump administration officials might destroy the alleged evidence if they "found out how we knew what we knew about the Trump staff's dealing with Russians."


That's not what she told Congress

But documents show that Farkas sang a different tune during her sworn testimony before the House Permanent Select Committee on June 26, 2017.

The chairman of the committee at that time, Trey Gowdy (R-S.C.), was pressing her on her claims of collusion evidence during the MSNBC interview when Farkas told lawmakers that she actually "didn't know anything."

"Why don't we go back to that sentence that I just asked you about. It says 'the Trump folks, if they found out how we knew what we knew about their staff dealing with Russians," Gowdy said. "Well, how would you know what the U.S. government knew at that point? You didn't work for it, did you?"

"I didn't [work for the government]" Farkas acknowledged.

"Then how did you know?" Gowdy responded.

"I didn't know anything," Farkas said.

"Did you have information connecting the Trump campaign to the hack of the DNC?" Gowdy asked later in the hearing.

"So when you say, 'We knew,' the reality is you knew nothing," Gowdy asked later during the deposition.

Farkas is now running for New York's 17th Congressional District as a Democrat.