Home » Psychology » How to Reprogram Your Brain for Excellence
Psychology

How to Reprogram Your Brain for Excellence 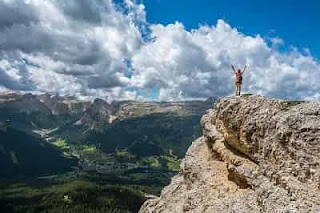 Overcome old fears and train yourself to expect success.


Except when we’re trying to do something difficult, like start a new job demanding all sorts of skills and abilities that we’ve only partly tried out before. Or we’re trying to persuade the executive team to go in a new, relatively untried direction, betting the company on the hope of success. Or we’re standing in front of an audience getting ready to give a speech to a group of concerned stakeholders in our organization.
In those instances, the polyglot nature of our bodies betrays us as often as it propels us to victory. The little brain in our guts may disable us by sending messages of abject terror shooting up to our big brains, causing embarrassing physical symptoms that become impossible for us—and the others in the room—to ignore. Or the big brain may make a mess of things by going blank at a key moment, causing us to fail to close the deal or wow the crowd when the chance comes.
The bottom line is that if you’re only working on your brain to send signals down to your gut, you’re doing less than half the job necessary for success. And that perhaps is why most efforts to control nerves in that way are so ineffectual.
Instead, you want to start a new, more sophisticated dialogue, not just between brain and body, but between big brain, unconscious and conscious brains, little brain, and body. You want to ensure that your gut is supporting your big brain and body, and the other way around. You want to get all the systems working together to ensure that you’re operating at peak efficiency at those moments when you need to be at the top of your game.
The dialogue you currently have is mostly unmanaged and is a collection of old thoughts, both conscious and unconscious (mostly unconscious) fears, compulsive behavior, things that worked well once upon a time, and so on. It’s a mishmash.
To make matters worse, it’s an unconscious mishmash. Things your parents told you in moments of fatigue and pique, things that you’ve forgotten, shape your thinking along with lessons your body has learned about all the stimuli it has received since the womb. Things you’ve heard, stupid jokes your friends told you when you were eight, movies you’ve seen, books you’ve read, memories of being lost in the dunes during that summer on Nantucket, and so on, all jumble together in your unconscious mind, random data that it has assembled from everything that it has seen, heard, smelled, tasted, and felt.
The unconscious brain apparently never forgets. Everything it has experienced is set somewhere in the 100 billion or so cells that make up our vast internal universe. But the way the mind works is that things that are repeated are strengthened, making stronger and more numerous synapses, so that the memory becomes more and more important to our overall patterns of thinking. We attach emotions to events to create memories. The more intense and more frequent an event is—as it strikes us—the more it looms large in our mental attic.
So, for example, if you’ve had scary or embarrassing experiences in your early years standing in front of your peers and giving that book report, or that speech on Pocahontas, or that demonstration of a simple chemistry experiment, then that pattern gets tagged with strong emotions as a powerful memory, and ever afterward when you try to present you start to get the shakes.
To overcome this fear pattern, you have to substitute a new memory for the old one, a positive memory that will empower you to do your best rather than screw up.  Start the process of installing a new memory through constant repetition now – don’t wait until you’re just about to speak.  That will be too late.
Olympic athletes accomplish this tricky process by creating mental movies of their run, or their routine, or their lift – and playing these movies over and over again in their heads.  If you create a mental movie of yourself giving a confident, flawless speech, or winning over an interviewer when applying for a new job, and you play it over and over again in your head, you can achieve the same kind of excellence in your own sphere.  And that will keep all the various systems in your body working together instead of working separately to screw you up.