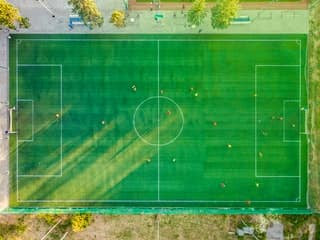 Premier League clubs have agreed to stage one of the return-to-training protocols, allowing teams to start training in small groups from Tuesday.

Players must observe social distancing rules, and contact training is not permitted.

The first stage "has been agreed in consultation with players, managers, club doctors, independent experts and the government".

The Premier League had previously identified 12 June for matches to possibly start again but there is now an expectation this will need to be pushed back.

A Premier League statement added: "Strict medical protocols of the highest standard will ensure everyone returns to training in the safest environment possible.

"The health and wellbeing of all participants is the Premier League's priority, and the safe return to training is a step-by-step process.

All Premier League clubs carried out coronavirus tests on Sunday and Monday and the Premier League will announce on Tuesday how many, if any, positive tests were recorded.

On Monday, the Premier League's medical adviser Mark Gillett said that discussions will take place in the coming weeks over whether clubs would have to isolate in a hotel for 14 days before play resumes, as happened in Germany before the Bundesliga restart.

Also on Monday, a survey of 138 Premier League and English Football League doctors and physiotherapists found more than half "do not fully understand their roles, responsibilities and potential liabilities" regarding return to training.
12 June 'wasn't a firm commitment'

Richard Masters, the Premier League's chief executive, suggested that any proposal of a new date could hinge upon when teams begin contact training, with further talks expected to take place, "in the next week to 10 days".

He said: "12 June was a staging post; it wasn't a firm commitment and what we don't want to do is continue to move it around.

"We know there's a discussion to be had. It really depends on when we can start full contact training and we have a process to go through before we can get to that stage. Of course we've got to be flexible."

Regarding the safety of players and staff, Masters added: "Clearly we cannot de-risk the entire thing. But I think what we have created is an extremely safe environment that is the first stage of a return to training.

"So hopefully we have reassured all players and managers on that basis."

Gillett suggested that the safety measures in place for clubs are expected to be the new normal for the foreseeable future.

"They've made it very clear that the social situation, the public health situation is not going to change over the next six to 12 months," he told BBC Sport.

"Regardless of the timing of this type of conversation, we're going to be looking at making the same kind of cultural changes at training grounds and in footballers' behaviours whether we have this conversation now or at any point this year. It is important that people understand that."

The Premier League is likely to be given extra time to decide when it hopes to restart the 2019-20 season, after Uefa moved its executive committee meeting from 27 May to 17 June.

Uefa had previously said it wanted leagues to tell it what their plans were by 25 May, as these can only be signed off by the executive committee.

It took the Bundesliga nearly five weeks from starting non-contact training to playing matches. After Monday's announcement by the Premier League, that would leave them looking at either 19 or 26 June.

Official protocols sent to players and managers last week and obtained by the BBC revealed corner flags, balls, cones, goalposts and even playing surfaces will be disinfected after each training session.

Clubs have been carrying out coronavirus testing this weekend.

Newcastle United manager Steve Bruce said the return to training will be "as safe as it can be", with players arriving in kit and wearing snoods during training.

"It's been a really difficult time, but I hope with the news that phase one is about to start - and I must stress that phase one looks as if it's as safe as it can be - I'm sure everyone will be delighted that we're trying to make that effort," he told NUFC TV.

"Everything is in place in the safety aspect. I've got no issues and I can tell the supporters the players and the staff are as safe as we possibly can be."
'Half of PL doctors do not understand'

The body that represents medical practitioners in football said half of Premier League doctors and physiotherapists that responded to their survey did not feel they had been "fully and effectively" consulted regarding returning to training.

Half also said they do not fully understand their "roles, responsibilities and potential liabilities" regarding return to training.

The figure is even greater among their counterparts in the EFL, with 68% of those who responded to the survey raising concern.

In total, 138 club medics across the top four divisions in England responded to the survey from the Football Medicine and Performance Association.

They are planning to test players on Thursday and Friday before an anticipated return to training next Monday, which is the date outlined in the story.

The key difference is clubs are now working to a restart date of 20 June.

The idea is to play on five consecutive weekends and the four midweeks in between, meaning the final league games would be 18/19 July, followed by the play-offs, the format for which is still to be decided.