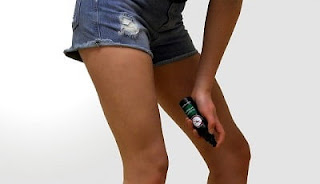 Scientists are testing whether an ingredient contained in some insect repellents could kill the coronavirus, after the British army claimed that preliminary tests showed it may provide some protection them COVID-19.
Some UK soldiers have already been issued with the insect repellent Mosi-guard, Sky News reported, while testing begins to confirm whether it could be effective against the current outbreak.
Mosi-guard contains Citridiol, which is an ingredient contained in some insect repellents, and has been known to kill some other strains of coronavirus, the Ministry of Defence said.
"Citriodiol is known to have anti-viral properties and has been used as a barrier against the SARS 1 virus," an MOD spokesperson told Sky.
"Its utility for protecting against COVID-19 is therefore being explored by the Ministry of Defence as an additional protective measure for personnel working on the response.
They added that "further work is required to determine its full effectiveness, acquisition and distribution."
The Ministry of Defence has submitted it for testing at the UK government's laboratory in Porton Down, southwest England, to confirm whether it will offer protection against COVID-19.
A spokesman for the MOD told the Telegraph last week that preliminary trials had indicated that it may be effective against the virus.
In the meantime soldiers assisting with the UK government's response to the pandemic will be issued with the repellant as part of the armed forces "enhanced force health protection measures."
Use of the spray will not be obligatory and is not a replacement for other social-distancing and hygiene measures, the MOD said.
Source