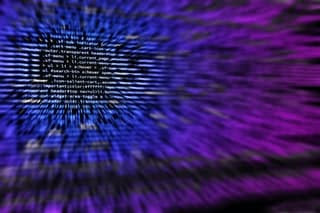 Intelligence agencies in the UK and the US have jointly warned that ‘rival states’ are conducting ‘malicious cyber campaigns’ against universities, pharmaceuticals and research institutes carrying out research on the coronavirus.


A joint advisory published Tuesday by the UK’s GCHQ run National Cyber Security Centre (NCSC), and the US Cybersecurity and Infrastructure Security Agency (CISA), stressed that
healthcare workers and medical research officials should up their security amid hacking attempts.
The briefing did not specifically name any countries involved in the cyber-attacks, However, China, Russia and Iran are thought to be behind the attempts to steal information.
The warning described “advanced persistent threat” (APT) groups carrying out the cyber attacks on medical research and healthcare organisations as well as local government “to collect bulk personal information, intellectual property and intelligence that aligns with national priorities”.
The intelligence agencies warned that the attacks consisted of “password spraying” campaigns, which involved repeatedly hitting a target with common passwords in the hope that one unlock sensitive systems.
Sky News reports that institutes in the UK, such as the NHS and pharmaceutical companies, have not successfully been infiltrated, but attacks on research centres elsewhere have been successful.
A security source last night told the Daily Mail that hackers had targeted the ground-breaking research programme at Oxford University.
British foreign secretary Dominic Raab described the attacks as “particularly venal” owing to the fact that they specifically targeted international and national organisations responding to the coronavirus outbreak.
“There are various objectives and motivations that lie behind these attacks, from fraud on the one hand to espionage,” Raab said at the government’s daily briefing Tuesday.
“We expect this kind of predatory criminal behaviour to continue and evolve over the coming weeks and months ahead, and we are taking a range of measures to tackle the threat.” he added.
“We’re absolutely determined to defeat coronavirus, and also to defeat those trying to exploit the situation for their own nefarious ends.” Raab further urged.
The news also dovetails with a warning that states such as China could easily shut down entire western cities by hijacking proposed coronavirus contact-tracing apps and surveillance systems.
The Brookings Institution in Washington published a paper in April written by three leading US academics in the fields of science, tech and law warning that “The issue of malicious use is paramount. Trolls could sow chaos for the malicious pleasure of it. Protesters could trigger panic as a form of civil disobedience. A foreign intelligence operation could shut down an entire city by falsely reporting COVID-19 infections in every neighborhood. There are a great many vulnerabilities underlying this platform that have still yet to be explored.”