Home » US » Fact Check: Did Former Officer Derek Chauvin Commit Suicide in his Jail Cell?
US 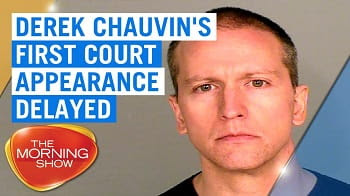 On May 31, 2020, the news website W24 published an article about ex-Officer Derek Chauvin, the police officer who was recorded kneeling on the neck of an unarmed man, George Floyd. The site claims that Chauvin committed suicide while being held in prison


Did Chauvin kill himself?

According to W24, the former Minneapolis police officer Derek Chauvin took his own life while he was in his prison cell. Chauvin is waiting for his trial on his charges for the murder of George Floyd.

The news site W24 added that the commissioner of the Minnesota Department of Public Safety, John Harrington, backed up the claim. The 44-year-old ex-cop pressed his knee into the neck of George Floyd even after he repeatedly begged for air.

The former police officer was arrested on Friday and he was immediately taken into custody. Chauvin, along with the other three officers on the scene, was fired, but Chauvin is the only one who is charged.

W24 added that John Harrington did not give specifics as to how Chauvin committed suicide in his jail cell. There was no footage of how the incident happened and W24 stated that the police are investigating the death of Chauvin.

The report from W24 is absolutely not true. In fact, The Minnesota Department of Public Safety did not release any statement and no other news site reported the alleged incident.

The only news site that reported the headline was W24, which is a site that is notorious with publishing false claims, rumors, and other hoax articles such as Barack Obama testing positive for COVID-19 and North Korea has announced the death of its Supreme Leader Kim Jong-Un.

Chauvin is being held right now in Hennepin County Jail but he will be transferred to the Minnesota Correctional Facility until his trial in late June. Chauvin's past Derek Chauvin worked for the Minneapolis Police Department for 18 years.

On May 25, he was filmed kneeling on the neck of George Floyd for 9 minutes until he died. He was fired from the department and was charged with Floyd's murder.

The murder of Floyd began the nationwide protest demanding justice for all of the African Americans who were killed by the police force.Chauvin is due to appear in court by the end of June.

Chauvin's past
Chauvin is known to have a racist past. Throughout his 18 years in service, there have been 18 complaints filed against him. The Minneapolis Police Department's Internal Affairs confirmed the number of complaints but has not released further details.

Out of the 18 complaints, only 2 were closed with discipline, according to an MPD internal affairs public summary. Chauvin only received a letter of reprimand and no other consequences.

According to a Minnesota nonprofit that created a database of complaints against the police officers in the state, the Communities Against Police Brutality, Chauvin only received oral reprimands for using derogatory language, demeaning tone, and other languages during his encounter with the complainants.

Chauvin's partner, ex-Officer Tou Thao, was also involved in the arrest of Floyd. He had six complaints filed with internal affairs and one of them is still open. The other five complaints were closed without discipline.