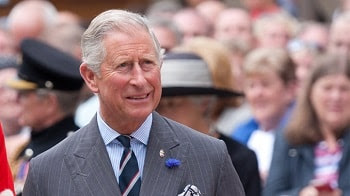 “We have a golden opportunity to seize something good from this [COVID-19] crisis. Its unprecedented shockwaves may well make people more receptive to big visions of change,” said Prince Charles, one of the leaders of the event.

The purpose of the “Great Reset” is to use the coronavirus pandemic as a justification—attendees repeatedly referred to it as an “opportunity”—to completely overhaul the entire global economy, including the U.S. economy, to make a more “equitable” world and to fight climate change, which was on numerous occasions identified as the world’s next great “crisis.”

In an article published on the World Economic Forum’s website, WEF founder and Executive Chairman Klaus Schwab said “the world must act jointly and swiftly to revamp all aspects of our societies and economies, from education to social contracts and working conditions.”

“Every country, from the United States to China, must participate, and every industry, from oil and gas to tech, must be transformed,” Schwab added. “In short, we need a ‘Great Reset’ of capitalism.”

Schwab wasn’t the only one calling for the world “reset” capitalism, either. Countless leaders at the event, many of whom hold incredibly influential positions in international governing bodies or in foreign governments, demanded far-reaching economic changes that sound remarkably similar to Bernie Sanders’ and Alexandria Ocasio-Cortez’s “Green New Deal”—except on a global scale.

Sharan Burrow, the general secretary of the International Trade Union Confederation (ITUC), said we need to use the present crisis to help “rebalance” the global economy.

“We need to design policies to align with investment in people and the environment,” Burrow said. “But above all, the longer-term perspective is about rebalancing economies.”

Burrow later added, “We want an end to the profit-at-all-costs mentality, because if we don’t build an economic future within a sustainable framework in which we are respectful of our planetary boundaries, and the need to change our energy and technology systems, then we will not have a living planet for human beings.”

Echoing these points, Antonio Guterres, the U.N. secretary-general, called for building “equal, inclusive, sustainable societies, that are more resilient in the face of pandemics and climate change.”

Jennifer Morgan, the executive director of Greenpeace International, said the world should use the current crisis to push “the reset button,” similar to what occurred after World War II, when Morgan says, “We set up a new world order.”

“We set up a new world order after World War II,” Morgan said. “We’re now in a different world than we were then. We need to ask, what can we be doing differently? The World Economic Forum has a big responsibility in that as well—to be pushing the reset button and looking at how to create well-being for people and for the Earth.”

Other speakers at the virtual forum calling for a “Great Reset” included Ma Jun, the chairman of the Green Finance Committee at the China Society for Finance and Banking and a member of the Monetary Policy Committee of the People’s Bank of China; Bernard Looney, CEO of BP; Ajay Banga, CEO of Mastercard; Bradford Smith, president of Microsoft; and Gina Gopinath, the chief economist at the International Monetary Fund.

The WEF virtual event announced the launch of the “Great Reset” of the world economy, but more specific policy proposals will likely be deliberated at WEF’s meeting in Davos in January 2021, the theme of which will also be “The Great Reset.” The Davos event is being billed by WEF as a “twin summit” that will include an in-person meeting of world leaders and a virtual meetings “connecting key global governmental and business leaders in Davos with a global network in 400 cities.”