Home » US » Hacker "Anonymous" Exposes Government Corruption and Crimes
US 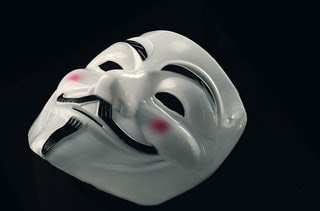 A group of hackers who call themselves "Anonymous" has become a hot topic in the wake of George Floyd's death after shutting down the website of numerous police departments, allegedly cutting off radio transmissions of police officers and releasing the alleged rape case of US President Donald Trump and Jeffrey Epstein.


The Twitter account of "Anonymous" became active again after years of being on hiatus to condemn the brutal murder of the 47-year-old Floyd in the hands of the Minneapolis police officers.

The death of Floyd sparked a worldwide protest against systemic racism and police brutality. The protest and the outcry of the public led President Trump to take refuge in a bunker at the White House, as police and demonstrators fought in the streets with tear gas, rubber bullets, and flash banger being thrown.

Who is Anonymous?
Because of the gravity of their claim, a lot of people are now wondering, who is "Anonymous?". "Anonymous" claims to be an international hacktivist movement that started in 2003 and has exposed a lot of government officials and high-profile people.

Days after the death of Floyd, "Anonymous" re-emerged and posted a series of tweets and videos. The video showed a person wearing a Guy Fawkes mask and delivered a message about how racial inequality is masked as police brutality and it is an issue in the United States for decades.

"Anonymous" stated that murder and police brutality is a widespread problem in the United States and that the Minneapolis police department is one of the worst in the country and that it has a track record of corruption and violence.

"Anonymous" also stated that Floyd's death is just the tip of the iceberg in the long list of cases of wrongful deaths at the hands of police offices in the state. The video immediately garnered 37 million views despite being taken down by Twitter multiple times.

Netizens have saved the video and reposted it on the site and on other social media platforms. The public is now demanding justice not just for Floyd's murder but also for the murder of other African Americans at the hands of the police.

In 2014, "Anonymous" hacked the website of the City Hall in Ferguson, Missouri, after the death of 18-year-old black teen Michael Brown. The name of the officer responsible for the shooting was released by "Anonymous" but the department denied.

"Anonymous" also released the information of the police who shot 12-year-old black teen Tamir Rice, who was then playing with a toy gun. The hacktivists disabled the Minneapolis police department website and leaked the email addresses and passwords of the police offices.

Other activities
Days after the death of George Floyd, "Anonymous" posted a copy of the alleged rape case of US President Donald Trump and Jeffrey Epstein. Both were accused of raping a 13-year-old girl in 1992 but the charges were dropped because Trump and Epstein threatened the life of the girl and the girl's family.

"Anonymous" also claimed that Trump ordered the killing of Epstein because he was ready to expose the names of the people included in the international sex trafficking ring that he runs. Some of the names on the list are Naomi Campbell, Prince Andrew of UK, President Donald Trump and Ivanka Trump.

In 2008, the hacktivists attacked the Church of Scientology by disrupting the church's services, forwarding prank calls, and releasing documents that connect the IRS to the church, which explains why they are exempted from taxes.

"Anonymous" also attacked churches who had homophobic teachings by exposing their messages and the corruption that is happening in their respective groups.