Hillary Clinton May Have To Testify In Email Case 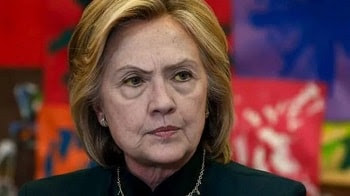 Following a hearing on June 2, an appeals court is deciding whether to make Hillary Clinton testify over the emails scandal.


The former secretary of State had been trying to avoid testifying under oath about her emails and the Benghazi case.

On Tuesday the appellate court considered a request, known as a “petition for writ of mandamus,” to overturn an order issued by U.S. District Court Judge Royce C. Lamberth requiring Hillary Clinton and her former Chief of Staff, Cheryl Mills, to testify.

The hearing, which went laregly unnoticed and unreported, was held by teleconference, in U.S. Court of Appeals for the District of Columbia Circuit

.@JudicialWatch President @TomFitton: “The DOJ didn’t want #HillaryClinton to be deposed. They wanted to shut Judicial Watch down, but they lost. The Deep State is still running the show & still protecting Hillary.”


According to Judicial Watch, On March 2, 2020, Judge Lamberth granted Judicial Watch discovery that includes taking testimony from Clinton and Mills, under oath, regarding Clinton’s emails and the existence of records about the Benghazi attack. In April, Judicial Watch and the State Department, which is represented by Justice Department lawyers, filed responses opposing Clinton’s and Mills’ request to overturn the order requiring their testimony.


On March 2, the lower court issued a statement, saying that Clinton’s testimony was necessary:

“The Court has considered the numerous times in which Secretary Clinton said she could not recall or remember certain details in her prior interrogatory answers. In a deposition, it is more likely that plaintiff’s counsel could use documents and other testimony to attempt to refresh her recollection. And so, to avoid the unsatisfying and inefficient outcome of multiple rounds of fruitless interrogatories and move this almost six-year-old case closer to its conclusion, Judicial Watch will be permitted to clarify and further explore Secretary Clinton’s answers in person and immediately after she gives them. The Court agrees with Judicial Watch – it is time to hear directly from Secretary Clinton.”

Clinton had argued that she shouldn’t be required to testify because she was a former high-level government official and that the FBI already tried to retrieve her emails from numerous sources when it investigated allegations of classified information being improperly stored or transmitted on the personal e-mail server she used while serving as Secretary of State.

Update: An earlier version of this article incorrectly stated that Clinton had lost the appeal. The D.C. Circuit Court of Appeals has not yet made a decision. They have submitted the case which has been adjourned until September 9th.