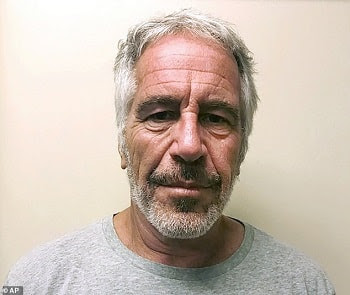 The Epstein Victims' Compensation Program began accepting claims on Thursday after the Probate Court of the U.S. Virgin Islands approved the initiative earlier this month.

It comes after months of negotiations with executors of Epstein's estate who first proposed the idea in November to avoid legal turmoil through the courts.

The program will be administered by Jordana Feldman, who previously ran the September 11 Victim Compensation Fund, and who will determine claimant eligibility and compensation.

Feldman said the program will allow victims, who include more than 70 women, to be heard 'outside the glare of public courtroom proceedings' through a confidential, 'speedy and cost-effective' process.

'Treating victims with dignity and respect and providing them with appropriate compensation is central to our work with the program, even as we recognize that no amount of money will erase the years of pain these victims have endured,' Feldman said in a statement.

'We are pleased to get this program up and running after months of considered and collaborative design.

'My staff is deeply sensitive to the unique circumstances involved and is committed to processing the victims' claims in a prompt, fair and effective manner.'

Epstein killed himself in his New York City prison cell last August after he was arrested on sex trafficking charges.

The 66-year-old had pleaded not guilty to sexually abusing girls as young as 14 and young women in New York and Florida in the early 2000s.

Dozens of women have since come forward as victims, with some saying the abuse spanned decades.

Many of the incidents are said to have occurred at his Palm Beach mansion where at least 40 underage girls were brought for what turned into sexual encounters.

Authorities say he had female fixers who would look for suitable girls, some local and others recruited from Eastern Europe and other parts of the world.

Epstein also had a lavish home in New York City, a ranch in New Mexico, and a private Caribbean island where assaults also allegedly occurred.

Under the Epstein VCP, all new allegations must be registered by February 8, 2021 and the deadline to file claims is March 25, 2021.