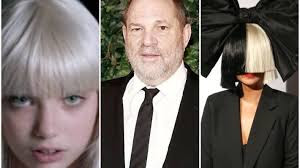 Sia has claimed she once had to stop child star Maddie Ziegler boarding a plane with Harvey Weinstein.

Dance Moms star Ziegler, who is now 17, appeared in Sia’s award-winning “Chandelier” music video when she was 11-years old.

Sia told The Zach Sang Show she has “always felt this extreme desire to protect” Ziegler.

She said: “You know I kept her off a plane that Harvey Weinstein tried to get her on. I know there’s times where my insight has really made a difference, like kept her safe. Yeah, that was really disgusting.”

It is unclear when this incident occurred. Weinstein, 68, is currently serving a 23-year prison sentence for sexual assault and third-degree rape.

Ziegler rose to fame on the Lifetime show Dance Moms, where Sia discovered her. She will next be seen in Steven Spielberg’s West Side Story remake.

Sia recently became a grandmother for the first time. In an interview with Zane Lowe on Apple Music earlier this week, she revealed one of her two adult sons, who she adopted in 2019, had become a father.