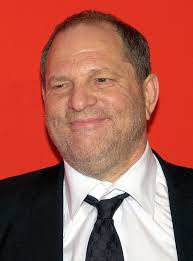 The former film producer is currently serving a 23-year sentence in New York
Harvey Weinstein's lawyers and prosecutors in Los Angeles have agreed to postpone extradition proceedings that would send the imprisoned former film producer from New York to California to face sexual assault charges, citing the coronavirus pandemic.

Weinstein, who is serving a 23-year sentence for rape and sexual assault against two women, made a brief appearance Friday in a Buffalo courtroom via video conference from prison. The extradition hearing was postponed to Dec. 11.

The Los Angeles County District Attorney's Office agreed to the delay because of the pandemic, a spokesman said.

He is facing similar sexual assault charges in Los Angeles, as well as lawsuits by multiple women who accuse him of sexual abuse. He has denied all the allegations against him.

Weinstein is imprisoned at the maximum-security Wende Correctional Facility east of Buffalo.