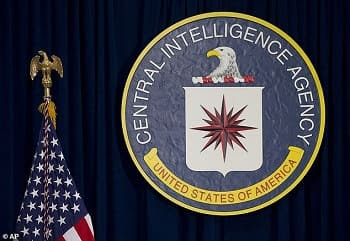 A retired CIA officer and contract linguist for the FBI has been charged with spying for China by disclosing 'highly classified' information to Chinese intelligence officers, according to a court documents unsealed Monday.

Alexander Yuk Ching Ma, 67, of Honolulu, is accused of revealing government secrets to at least five officers from China's Ministry of State Security in a hotel room in Hong Kong during a three-day period in March 2001.

It was there that he is accused of disclosing a 'substantial amount of highly classified national defense information', according to court documents obtained by NBC.

Some of that information included facts about the CIA's internal organization, methods for communicating covertly and the identities of CIA officers and human assets, NBC reported.

Once he left the CIA, Ma went to work for the FBI field office in Honolulu as a Chinese linguist.

While there he allegedly used his security clearance to copy or photograph classified documents related to guided missile and weapons systems in the US.

He then reportedly gave that information to Chinese handlers.

Ma was arrested last week after a recent sting operation in which prosecutors say he accepted cash from an undercover law enforcement officer and revealed that he wanted the 'motherland' to succeed.

Video from the operation reportedly shows Ma counting $2,000 in cash that the undercover agent gave him for his work.

According to NBC, Ma then admitted that he provided classified information to the Ministry of State Security.

Ma was charged in federal court in Honolulu with conspiring to gather and communicate national defense information for a foreign nation.

The incident comes more than a year after another ex-CIA agent was sentenced to prison.

Last year, former CIA officer Jerry Chun Shing Lee was sentenced to 19 years in prison after pleading guilty to conspiring to become a spy for China.

Lee, 55, left the CIA in 2007 and moved to Hong Kong. A few years later, in 2010, he was approached by two Chinese intelligence officers who offered to pay him $100,000 and to take care of him 'for life' for information he had acquired as a CIA officer.