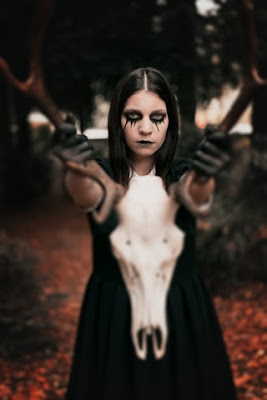 The Satanic Temple admitted proudly that, in their belief system, killing an unborn baby in an abortion is a religious ritual similar to communion or baptism for Christians.
“The Satanic Temple is proud to announce its Religious Abortion Ritual, a ceremony rooted in our deeply-held beliefs,” the group said in a video announcement on YouTube. “Thyself is thy master. Hail Satan!”

The disturbing announcement is part of the cult’s new plan to overturn pro-life laws using a religious freedom argument.

“Many states have laws that interfere with our members’ ability to practice their religious beliefs,” said Satanic Temple spokesperson Jane Essex. “No Christian would accept a mandatory waiting period before they can partake in communion. No Christian would tolerate a law that insists state counseling is necessary before someone can be baptized. Our members are justly entitled to religious liberty in order to practice our rituals as well.”

According to the Friendly Atheist blog, the satanists described their surgical abortion ritual in detail Wednesday. They said it involves two tenets of their religion involving bodily autonomy and adherence to “best scientific practices.”

This is how the Satanic Temple described its “ritual” for slaughtering unborn babies in surgical abortions:

Prior to receiving any anesthetic or sedation, look at your reflection to be reminded of your personhood and your responsibility to yourself. Focus on your intent. Take deep breaths, and make yourself comfortable. When you are ready, say the Third Tenet and Fifth Tenet aloud. You may now undergo the surgery. After the surgery is completed and any anesthetic has worn off, return to your reflection and recite your personal affirmation. Feel doubts dissipating and your confidence growing as you have just undertaken a decision that affirms your autonomy and free will. The religious abortion ritual is now complete.

The satanists said they believe in “abortion on demand” in the first trimester – meaning without regulations, restrictions or informed consent.

They oppose laws that require abortion facilities to show mothers the ultrasounds of their unborn babies or have them listen to their unborn baby’s heartbeat. They oppose waiting periods that ensure mothers have time to consider informed consent information prior to going through with the abortion. And they want to be exempted from laws that require abortion facilities to bury or cremate the remains of aborted babies.

The cult’s plan is to challenge the pro-life laws based on the Religious Freedom Restoration Act (RFRA), which ensures the government does not unnecessarily interfere with people’s religious freedom.

According to the Friendly Atheist, “By saying abortions in the first trimester are a religious ritual for their members, any states that have their own RFRA laws — and most anti-abortion states have them — would theoretically have to show why their … restrictions should override the Satanists’ religious freedom.”

The Satanic Temple is heavily involved in abortion activism in the U.S. Breitbart once described its work as a “pro-abortion crusade to come to the aid of America’s largest abortion provider,” Planned Parenthood.

Some of its members attempt to intimidate peaceful pro-life sidewalk counselors through gruesome protests. In 2016, pro-life advocates outside of a Detroit, Michigan Planned Parenthood faced a disturbing scene when a group from the Satanic Temple arrived to counter-protest wearing baby masks and carrying whips. They held a similar protest on Good Friday in 2017.

Years ago, former satanist Zachary King told the Lepanto Institute that the cult performs satanic rituals inside abortion facilities. King said participating in abortions is particularly important for satanists because it is considered the best way to give an offering to Satan.