Sex trafficking victim jumps out of 18-wheeler on Texas interstate 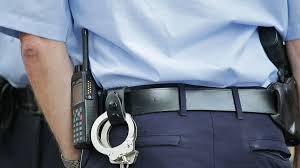 CISCO, Texas — A woman police believe is a victim of sex trafficking jumped out of an 18-wheeler on a Texas interstate Wednesday to escape her captors, authorities said.

According to the Cisco Police Department, the woman was seriously injured when she jumped from the vehicle near a Flying J/Denny’s truck stop on Interstate 20 around 9 p.m., KTAB reported.


According to police, the victim said she had been kidnapped in El Paso, KTVT reported.


“It is believed that the perpetrators’ intentions were to use the female in sex trafficking operations,” Cisco police said. “It is reported that another female was in the truck and may be in grave danger.”

The victim was taken to an area hospital for treatment, KVIA reported. Meanwhile, police issued a statewide law enforcement bulletin seeking the truck, which was being used by three men, the television station reported.

Police described the 18-wheeler as a green truck tractor with a white stripe that is pulling a white box trailer, KTAB reported.
Source