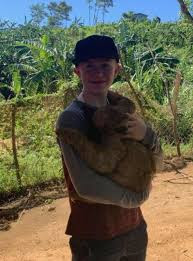 A 13-year-old boy with autism was shot a number of times by police officers when they responded to his home in Salt Lake City after his mother called them for help.

AUTISTIC BOY SHOT BY POLICE: The mother of a 13-year-old boy shot by Salt Lake City police is seeking answers as her son was having a mental breakdown. He was unarmed.

Linden Cameron was sent to a Utah hospital, his mother said, after suffering injuries to his shoulder, both ankles, his intestines, and his bladder from gunshot wounds.

On Friday night, Gold Barton said her son started having an emotional episode while she was at work.

His mother Golda Barton told KUTV she then drove home and had dialed 911 to request a crisis intervention team (CIT) officer because her son, who has Asperger’s syndrome, was having a mental breakdown caused by “bad separation anxiety” as his mother went to work for the first time in more than a year.


“I said, ‘He’s unarmed, he doesn’t have anything, he just gets mad and he starts yelling and screaming,’” she said. “He’s a kid, he’s trying to get attention, he doesn’t know how to regulate.”

She added: “They’re supposed to come out and be able to de-escalate a situation using the most minimal force possible.”

Instead of calming the little boy down, Barton said, the two officers stormed through their front door screaming “get down on the ground” before firing several shots, in a period of just five minutes.

Barton said she thought that her son was dead. Adding, officers didn’t immediately say if he was dead or alive, CBS reported.


“I heard the guns and the yelling and the guns, and then I sat there in my car for what felt like a long time and I was waiting for someone to walk over to me because I didn’t know what just happened,” an emotional Barton told KSL. “And I was like OK, um, OK … they just unloaded a whole clip in my son, and probably he’s dead because he’s so small.”

If shooting him wasn’t bad enough, the police then handcuffed the injured boy.

“He’s a small child,” Barton said. “Why didn’t you just tackle him? He’s a baby. He has mental issues.”

In a news briefing on Sunday posted to Facebook, Sgt Keith Horrocks of Salt Lake City police told reporters officers were responding to reports “a juvenile was having a mental episode” and thought Cameron “had made threats to some folks with a weapon”.

According to police, they were called shortly after 10 p.m. to a home near 500 South and Navajo Street, where a boy having a “mental episode … made threats to some folks with a weapon.” The boy then ran and police pursued him. One officer shot the boy with no reason given.

Police confirmed there was no weapon on the scene but have not answered why they opened fire on a little boy.

In a statement to the Salt Lake Tribune, Mayor Erin Mendenhall vowed the investigation would be quick.

“No matter the circumstances, what happened on Friday night is a tragedy, and I expect this investigation to be handled swiftly and transparently for the sake of everyone involved,” she said.

Salt Lake City, Neurodiverse Utah a grassroots organization that promotes autism acceptance said in a statement: “Police were called because help was needed but instead more harm was done when officers from the SLPD expected a 13-year-old experiencing a mental health episode to act calmer and [more] collected than adult trained officers.”

Cameron remains in the hospital with multiple injuries

Barton launched a fundraiser to cover her son’s medical bills. The mom described her little boy, Cameron as someone who loves “video games, four-wheeling, and long-boarding”. She also demanded answers about why her son was not subdued with a taser or tackled instead of shot.

The shooting has left Barton confused and angry at the Utah police and rightfully so as they almost murdered her boy and may have caused permanent damage.

“Why didn’t they Tase him? Why didn’t they shoot him with a rubber bullet? You are big police officers with massive amounts of resources. Come on. Give me a break.”

Across the U.S. protests have raged against police brutality and the killing of Black people. One of the more recent police killings in Rochester New York was the murder of a mentally-ill man Daniel Prude. Prude was suffocated by police after he spit and muttered nonsensical things at them including that he had COVID and wanted their gun Anewspost previously reported.

Prude’s brother called the police for help exactly as Barton did, and in both instances, the police made the situations worse. Nationwide, reform and abolish police advocates are calling for changes to policing, including an end to the practice of having law enforcement respond to mental health calls following the death of Prude.