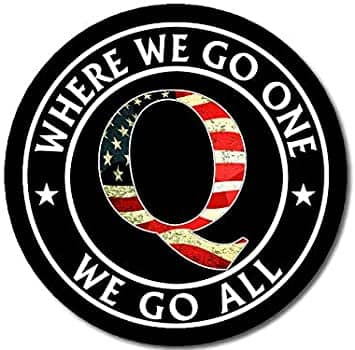 Jason Gelinas was reportedly receiving $3,000 a month in crowdfunding to run the conspiracy theory website

A senior Citigroup employee was placed on leave after being revealed as the operator of a QAnon website promoting the paedophile conspiracy theory.

Qmap.pub was quickly shut down after a fact-checking group identified a 48-year-old New Jersey man, Jason Gelinas, as the developer last week.

The website was one of the most popular aggregate archives of posts from the QAnon conspiracy's figurehead, known as Q, who many adherents believe to be Donald Trump or a member of his administration.

Citigroup said Mr Gelinas was placed on paid leave pending an internal investigation.
“As outlined in our code of conduct, employees are required to disclose and obtain approvals for outside business activities,” Citigroup said in a statement shared with media on Thursday.

According to Bloomberg, Mr Gelinas was receiving $3,000 a month from crowd-funding site Patreon to cover the costs of operating the QAnon site. He told the outlet that QAnon was a “patriotic movement to save the country”.

QAnon stems from an anonymous figure known as "Q" leaving cryptic but supposedly prophetic messages about a mysterious satanic cult on websites such as 4chan.

Adherents believe Q, either a former intelligence officer, a group of people or even the president himself, is secretly working to expose this deep state of paedophiles and cannibals.
“Well I haven’t heard that, but is that supposed to be a bad thing or a good thing? You know, if I can help save the world from some problems, I’m willing to do it, I’m willing to put myself out there,” Mr Trump said when asked about the theory in August.

“And we are actually, we’re saving the world from a radical left philosophy that will destroy this country, and when this country is gone the rest of the world would follow.”

In 2016 a heavily armed North Carolina man drove to the restaurant to free the children he believed were trapped there and opened fire. However, the restaurant had no basement and there were no children. The gunman, Edgar Maddison Welch, was sentenced to four years in jail. He apologised for his actions and said he had made an "incredibly ill-advised decision".
Source