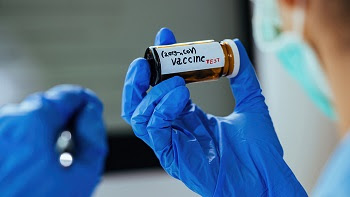 Demonstrators in Brazil’s Sao Paulo state gathered on Nov. 1 to protest against mandatory COVID-19 vaccinations. More than 300 people gathered in Sao Paolo’s downtown to protest Governor Joao Doria’s push to inoculate Sao Paulo’s population using a COVID-19 vaccine developed by Chinese drug maker Sinovac Biotech.
Many residents in Sao Paulo had already received the vaccine as part of the company’s phase three trials, following the state’s procurement of 46 million doses in October. In a Reuters report, Doria asked the country’s health regulator Anvisa to register Sinovac’s candidate.
Anvisa subsequently greenlit the vaccine trials. This vaccination program seemed to have infuriated the participants of the “tightly packed” protests.
Some protesters even waved signs that said, “We're not guinea pigs!”
Protester Andre Petros told AP News: “We’re against the authoritarian Chinese ambassador Joao Doria, who would now make the vaccine compulsory against our wishes.” Other protesters chanted, “Doria will fall!” and called for the governor’s resignation.
Meanwhile, the Brazilian Ministry of Health appeared to follow suit with Doria. Eduardo Pazuello, the federal health minister, announced the purchase of 46 million doses of Sinovac’s COVID-19 jab – locally made in partnership with biomedical research center Instituto Butantan.
Many state governors supported the deal, which was contingent on Anvisa’s approval. However, President Jair Bolsonaro said on Oct. 29 that the country would not buy the vaccine and advised Pazuello to “find someone else” willing to purchase the doses from China. Anvisa later permitted Butantan to import 6 million doses.
A day later, Vice President Hamilton Mourao told weekly news magazine Veja that the country would definitely purchase the vaccines produced by Sinovac and Butantan. Bolsonaro immediately responded, saying vaccines would not be purchased until Anvisa approves them. Based on Johns Hopkins University data, Brazil has a 5.5 million COVID-19 caseload with 160,074 deaths.

Brazil is starting to be aware of the dangers of unproven COVID-19 vaccines
Issues surrounding mandatory vaccination have been talking points in Brazil, given the country has the third-highest COVID-19 caseload worldwide. Social media campaigns have raised questions about the risks of receiving a jab, leading to the Nov. 1 protest in Sao Paulo and another concurrent gathering at Rio de Janeiro’s Copacabana beach. Doria has previously backed mandatory COVID-19 immunization once sufficient vaccine doses are obtained, but the chief justice of Brazil's Supreme Court has said the bench would ultimately decide on the issue.
However, a number of vaccines are already mandatory in Brazil; newborn Brazilians are given a hepatitis B shot. Health experts are also speaking out in support of vaccinations. Epidemiology researcher Jesem Orellana of the Oswaldo Cruz Foundation, a scientific research institution, wrote to AP News that mass immunization covering a wide scale “would be the only mechanism we have to control the [pandemic], at least in the medium term.” Another expert, University of Sao Paulo epidemiologist Dr. Paulo Lotufo, said the public warmly received national immunization programs for other diseases before. Lotufo predicted that "more than 90 percent of the population" will take the COVID-19 shot.
Despite the statements by Orellana and Lotufo, a survey by PoderData reported a lower percentage of Brazilians wanting to take a coronavirus vaccine. From 85 percent in July, the percentage of people wanting a coronavirus jab dropped to 63 percent. Meanwhile, the percentage of people against vaccination rose to 22 percent from eight percent in July.
Brazilians definitely have a reason to be afraid of any coronavirus vaccine. One of their fellow countrymen who joined AstraZeneca’s coronavirus vaccine trials died after being injected with the company’s experimental jab, developed in partnership with the University of Oxford.
The Brazilian’s death followed earlier incidents in September during the British pharmaceutical firm’s phase three trials: Two participants developed transverse myelitis after getting the coronavirus vaccine. In addition, volunteers who joined Sinovac’s phase three trials in China reported side effects such as fever and body aches after taking the COVID-19 shot.
Given the limited amount of data on the Sinovac jab’s safety, Sao Paulo could see adverse affects, including fatalities, if it pushes through with mandatory vaccination.
Sources include: ZeroHedge.com APNews.com Reuters.com TheEpochTimes.com
Source