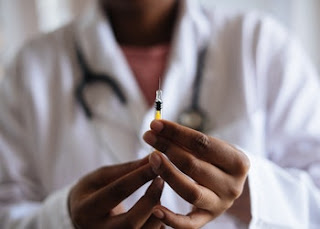 More than 100,000 patients will not be able to get the Covid vaccine from their family doctor after their GP surgeries decided not to take part in its deployment, the Guardian can reveal.

Dozens of GP practices in England have chosen not to join the NHS’s coronavirus vaccination programme amid concerns their workloads are already too heavy, they have too few staff and that patients could suffer if practices have to cut back other services so doctors can administer the injections.

Their reluctance to inoculate patients threatens to overshadow the start of the second phase of the vaccine rollout, which is due to start next week, with GPs taking part for the first time.

The Guardian has established that a number of practices in Manchester, Sussex, Lincolnshire, Yorkshire and the Thames Valley have opted out of the programme. The local NHS will have to arrange for patients registered at those surgeries to be vaccinated elsewhere.

While GPs are pleased the Pfizer/BioNTech vaccine has become available, many are concerned at how they will put on vaccine clinics from 8am to 8pm seven days a week, as they are obliged to do under the terms of the contract covering their involvement, which NHS England negotiated with the British Medical Association, the doctors’ trade union.

A new rule requiring every vaccine recipient to then be monitored for 15 minutes, introduced by NHS England after two hospital workers had an allergic reaction to it when deployment began on Tuesday, has also prompted some surgeries to not get involved.

Many GPs are torn between their desire to immunise patients in order to save lives and the practical difficulties of participation. Their feelings are also complicated by not wanting to be seen to be undermining public confidence in, or access to, the vaccine.

“We are already struggling to staff our surgeries, so how are we going to provide the staff to do the vaccinations? And how can we scale back other services, to free up staff time to vaccinate people, without compromising patients’ safety?” said one GP in Cheetham Hill and Crumpsall.

Primary care services in England are delivered by about 7,000 surgeries organised in 1,260 PCNs. Family doctors in about 250 PCNs are due to start vaccinating patients next week. They will join the 70 “hospital hubs” across the UK which began delivering the vaccine to over-80s, care home staff and NHS personnel with underlying health conditions on Tuesday.

Dr Julia Patterson, the lead for Everydoctor, a network of grassroots NHS medics, said: “I’ve not spoken to a single doctor who doesn’t want to take part in the vaccine rollout; medical professionals are acutely aware of the importance of vaccinations. However, PCNs in some areas may simply be forced to opt out in order to keep normal patient services going, and keep their patients safe this winter.”

There is concern that, once a surgery has signed up, the length of the contract – nine months – could mean that patients may struggle to access care during that time.

A letter from GPs at a surgery in Lincolnshire claimed the “inflexible” contract, and NHS England’s ability to unilaterally impose new conditions during the rollout, “pose a real risk to the safe and essential general medical services we provide to our patients, to the wellbeing of our colleagues, and to the financial stability of the GP practices”.

Pulse, a news website for GPs, reported on Thursday that the 15-minute observation rule had prompted North East Derbyshire PCN to pull out of the scheme.

The Royal College of GPs acknowledged the challenge facing GPs and tension in their ranks.

Prof Martin Marshall, its chair, said: “It is going to be an enormous challenge, given the workload and workforce challenges GPs and our teams are currently working under … Given these challenges, we understand why some practices have felt like they cannot sign up. But there has been an excellent response from the large number of practices able and wanting to be involved.”

A spokesperson for the NHS said: “As set out and supported by the BMA, general practices will deliver the vaccine from nominated sites within primary care networks, where it is safe and practical to do so. There has been a fantastic response from GPs across England signing up to do so.

“Given the well-known logistical challenges of delivering this particular vaccine, GPs like others across the NHS are now responding rapidly to make arrangements for this to happen.”
Source
Think your friends would be interested? Share this story!
Tags CoV-19, News, UK, Vaccine, Wolrd
Newer Post Older Post