FTC and 48 states file suit to break up Facebook 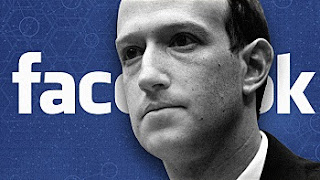 Attorneys general in 48 states, as well as the Federal Trade Commission (FTC), have filed two separate lawsuits against Facebook on Wednesday, Dec. 9 that seek to break up the social media giant and address years of complaints about its online practices.
Both suits are asking a judge to break the company down into its component parts and force it to divest WhatsApp and Instagram.
According to the lawsuits, Facebook illegally suppressed competition by purchasing rival companies that challenged its dominance. This includes its $1 billion purchase of Instagram in 12 and its $19 billion acquisition of WhatsApp in 2014.
The suits state that Facebook's acquisition of rival companies, which have helped increase its value to over $800 billion, violates the Sherman Antitrust Act and the Clayton Antitrust Act. "Facebook has used its monopoly power to crush smaller rivals and snuff out competition, all at the expense of everyday users," said New York Attorney General Letitia James, who is leading the effort, in a statement on Twitter. "Instead of improving its own product, Facebook took advantage of consumers and made billions of dollars converting their personal data into a cash cow."
The states' lawsuit quotes from internal Facebook discussions that reveal a company paranoid about losing users to competing apps. "After identifying two significant competitive threats to its dominant position — Instagram and WhatsApp — Facebook moved to squelch those threats by buying the companies, reflecting CEO Mark Zuckerberg's view, expressed in a 2008 email, that 'it is better to buy than compete,'" the FTC said in its suit.
"To further entrench its position, Facebook has also imposed anticompetitive conditions that restricted access to its valuable platform — conditions that Facebook personnel recognized as 'anti user[,]' 'hypocritical' in light of Facebook's purported mission of enabling sharing, and a signal that 'we're scared that we can't compete on our own merits.'"

Most aggressive legal action against Facebook to date
The coordinated federal and state lawsuits represent the most aggressive legal action against the company to date by government authorities. Some of those involved have compared it to actions against the railroad and telecom monopolies of the past.
"Whether it’s railroads, telecom, or social media, monopolies undermine our economy’s foundation of consumer choice," Delaware Attorney General Kathy Jennings said in a statement. "Facebook knowingly, openly, and illegally made digital hostages of its users and developers over a decade of unfair acquisitions and mistreatment of developers." "We are suing not just to hold this company accountable for its conduct, but to release consumers from a monopoly and to allow Delawareans the choice and freedom they deserve,” she adds.
In its suit, the FTC is seeking a permanent injunction in federal court that could, among other things, require Facebook to divest some of its assets, including WhatsApp and Instagram. In addition, it would also prohibit Facebook from imposing anticompetitive conditions on software developers and require them to seek prior notice and approval for future mergers and acquisitions. "Personal social networking is central to the lives of millions of Americans," Ian Conner, director of the FTC's Bureau of Competition, said in a statement.
"Facebook's actions to entrench and maintain its monopoly deny consumers the benefits of competition. Our aim is to roll back Facebook’s anticompetitive conduct and restore competition so that innovation and free competition can thrive." In response, Facebook Vice President and general counsel, Jennifer Newstead called the lawsuits "revisionist history." She pointed to the fact that Facebook received regulatory approval to purchase WhatsApp and Instagram. "This is revisionist history. Antitrust laws exist to protect consumers and promote innovation, not to punish successful businesses. Instagram and WhatsApp became the incredible products they are today because Facebook invested billions of dollars, and years of innovation and expertise, to develop new features and better experiences for the millions who enjoy those products," said Newstead said. "The most important fact in this case, which the Commission does not mention in its 53-page complaint, is that it cleared these acquisitions years ago. The government now wants a do-over, sending a chilling warning to American business that no sale is ever final.
People and small businesses don’t choose to use Facebook’s free services and advertising because they have to, they use them because our apps and services deliver the most value. We are going to vigorously defend people’s ability to continue making that choice."
The suits come seven weeks after the Department of Justice and a smaller coalition of states filed a similar antitrust lawsuit against Google. These actions represent the latest escalation in a power struggle between the government and big tech.
They also serve notice that regulators are no longer satisfied with the billions of dollars in fines that have been levied against these companies in recent years in unsuccessful attempts to curb their dominance. The last time a major U.S. company was broken up in a federal antitrust case was the 1984 federal suit that led to the dissolution of AT&T's Bell telephone monopoly. Follow TechGiants.news for more on the antitrust actions against Facebook and other tech companies.
Sources include: Breitbart.com Politico.com Twitter.com FTC.gov [PDF] News.Delaware.gov About.FB.com
Source
Think your friends would be interested? Share this story!
Tags Facebook, Law, News, Technology, World
Newer Post Older Post