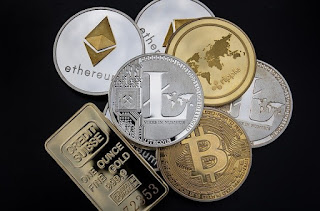 EUROPEAN Union chiefs and the European Central Bank (ECB) are plotting to launch the euro as a digital currency in a move which has striking similarities with China's plan for a digital Yuan - which critics have suggested will make it strengthen President Xi Jinping's grasp on power.
The ECB has confirmed it is to work closely with the European Commission on the technical implementation of the proposal. The bank has already having completed a public hearing to consider the benefits of a digital central bank currency for the monetary union.

Christina Lagarde, the ECB’s President, is widely expected to outline the plans at a press conference tomorrow.

Up to now, discussions have centred on the economic aspects - but now it seems the ECB is keen to get down to brass tacks.

In a statement issued this week, the ECB said: "In view of digitisation, the rapid changes in the payment traffic landscape and the emergence of crypto assets, the ECB is examining the possibility of issuing a digital euro as a supplement to cash and the payment solutions provided by the private sector."

Ms Lagarde is on record as saying she believes a digital euro will become a reality within five years.

Bundesbank board member Burkhard Balz agreed, saying recently: "I share the assessment of ECB President Lagarde that five years is a realistic period until we will have the digital euro.”

The Chinese government believes their digital currency, previously known as the Digital Currency Electronic Payments (DCEP), will help it to maintain control over the domestic financial system, the South China Post reported earlier this month.

Sceptics believe such a move would have sinister implications, with Professor Steve Tsang, the director of the China Institute at the School of Oriental and African Studies in London, telling Express.co.uk: “If the e-currency takes off, it will enable the Chinese party-state to regain nearly full control of money movement, particularly if e-currency eventually replaces hard currency.

“It will make it much more difficult for corrupt to hide ill-gotten gains and for individuals to move money overseas bypassing government control.

“The Communist Party is about maintaining control, and whether it is about political or financial control, it will tighten its grip if it can.

“It thus makes sense for the CCP to act proactively in seeking to launch a currency.”

Keld van Schreven, Managing Director and Co-Founder of digital asset venture capital firm KR1 plc, told Express.co.uk: “The digital yuan versus Bitcoin or Ethereum is a complete non-starter as those networks are fully decentralised and already transacting trillions of dollars of economic value.

“The digital Yuan is fully controlled by an authoritarian government with a history of human rights abuse.

“The digital Yuan may just be seen as a spying mechanism, so comparing it with the existing established digital crypto-assets such as Bitcoin is like comparing apples to oranges.”

A statement carried on the website of the ECB says: “Digitalisation has spread to every corner of our lives and transformed how we pay.

“In this new era, a digital euro would guarantee that citizens in the euro area can maintain costless access to a simple, universally accepted, safe and trusted means of payment.”

It added: “It would be an electronic form of money issued by the Eurosystem (the ECB and national central banks) and accessible to all citizens and firms.

“A digital euro would not replace cash, but rather complement it. The Eurosystem will continue to ensure that you have access to euro cash across the euro area.

“A digital euro would give you an additional choice about how to pay and make it easier to do so, contributing to financial inclusion alongside cash.”
Source