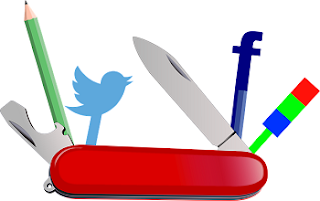 (TheFederalist) - The president of Uganda temporarily banned Facebook and Twitter from the country this week in the final hours leading up to elections on Thursday, arguing the platforms engaged in unfair censorship to prop up the opposition candidate.
Don Wanyama, a spokesman for Uganda President Yoweri Museveni, on Monday took aim at Facebook in particular in an interview with the Associated Press for stripping accounts linked to the incumbent’s campaign.

“Facebook is interfering in the electoral process of Uganda,” Wanyama said. “If people wanted to have evidence of outside interference, now they have it.”

The President warns that if the social media channels like @Facebook and @Twitter are not being friendly and equitable to some of the Ugandans, then there is no reason as to why we should have them operate here. @OfwonoOpondo #M7Address pic.twitter.com/OOBioV3nGe

Facebook told the AP that the global platform took down users promoting Museveni because the campaign “used fake and duplicate accounts to manage pages, comment on other people’s content, impersonate users, re-share posts in groups to make them appear more popular than they were. Given the impending election in Uganda, we moved quickly to investigate and take down this network.”

The censorship, however, prompted Museveni to implement a ban on all big tech operations in the African country as its voters head to the polls, concluding a campaign described by Reuters as wrought with intimidation and “marred by brutal crackdowns on opposition rallies that have left scores dead.”

“We strongly condemn internet shutdowns,” the Silicon Valley tech giant released in a statement, while shutting down thousands of conservative accounts in an online purge.

Ahead of the Ugandan election, we're hearing reports that Internet service providers are being ordered to block social media and messaging apps.

We strongly condemn internet shutdowns – they are hugely harmful, violate basic human rights and the principles of the #OpenInternet.

This week’s Ugandan censorship of Facebook and Twitter is not the first time Museveni’s government has blocked the big tech platforms as voters headed to the polls. Museveni banned each platform on election day in 2016.

Tristan Justice is a staff writer at The Federalist focusing on the 2020 presidential campaigns. Follow him on Twitter at @JusticeTristan or contact him at Tristan@thefederalist.com.
Source