UK Government May Only Let People Out ONCE A WEEK 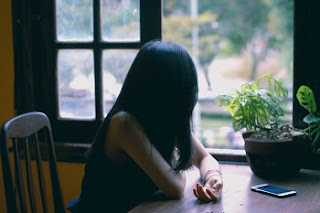 The British government has reportedly discussed upping COVID restrictions even further by only allowing people to leave their homes once per week.
Claiming that the National Health service is at breaking point, the government is said to be considering implementing stricter rules, including compulsory mask-wearing outdoors, and banning so called ‘extended bubbles’, where people are allowed to meet one person from another household.

Speaking to reporters, vaccines minister Nadhim Zahawi said “We’re reviewing all the restrictions,” adding “I am worried about supermarkets and people actually wearing masks and following the one-way system, and making sure when it’s at capacity they wait outside the supermarket.”

“I’m worried about some of the pictures I’ve seen of social interactions in parks, if you have to exercise you can go out for exercise only,” Zahawi said.

A Government source also told the Daily Telegraph that the current rule allowing people to meet up with one person from another house to exercise is “being used as an excuse for people to go for a coffee in the park with their friends” and will likely be scrapped.

The source added that the government is discussing “making sure people aren’t using their own creativeness to interpret the rules how they want to.”

The report suggests that enforcement of the rules will be upped even more, with on the spot fines, potentially being upped from £200 to £500.

The revelations come after a weekend where police were seen cracking down on people in the streets of Britain.

Video emerged of policing arresting people who were walking, sitting on benches and drinking coffee outside.

After the footage went viral, police claimed, without any evidence, that the whole thing was staged by ‘anti-lockdown protesters’:

Some people have suggested there was an anti-lockdown protest taking place. Daily Mirror says here: "There is no suggestion that any of the people confronted by police were taking part in a protest." Happy to be told otherwise if anyone has further info. https://t.co/gQNWf2DX33

This is what the police have sunk to - blaming their victims for their unlawful arrests... Disgraceful. https://t.co/yGbcUyTVbw pic.twitter.com/nuGGOcOafF

In addition, two women were interrogated and fined by police for going on a walk in a remote area 5 miles from where they lived despite this not being illegal under coronavirus laws. Police told the women that hot drinks they were carrying constituted a “picnic”.

Video also emerged of police officers themselves sitting down in a cafe drinking coffee, with the person filming them questioning why they were not following the rules:

The lockdown police know it’s all bullishit. The rules, the masks, the tickets. But they’re exempt, so they’re fine with it. It’s probably fun for some of them, the ones who became police for the thrill of wielding power. pic.twitter.com/2z4YpAAZxz

In a separate incident, a couple with a baby and a pushchair were grilled by COVID police in Birmingham city centre merely for walking on the street. The report noted that the Police Community Support Officers then began quizzing people who had arrived at a pharmacy to pick up prescription drugs.

Meanwhile, in Scotland, a family was arrested after police entered their home acting on a tip off from a neighbor that there were “too many people inside.”

This is what your taxes and capitulating to the government get you.

Scottish police use lockdown powers to storm into a home and violently arrest the family. The children screaming really fucked me up. pic.twitter.com/J6qfHLHKzv

One local police force even angrily tweeted about “2 reports of snowballs being thrown” in violation of coronavirus lockdown rules.

Last week, we reported on the announcement by police of the adoption of a new ‘hardline’ lockdown policy to stop and question people if they are out in the street, and to issue on the spot fines if they cannot provide a reasonable excuse for being out of their houses.

Police also said they would specifically target ‘anti-lockdown, anti-vaccine protesters’, saying that “we now have a hardcore element who are against the rules.”

Police are also demanding new powers to force entry into the homes of suspected lockdown violators.
The government has been criticised for implementing a third lockdown, wherein everyone is restricted to gathering in parks and going to the supermarket only.

Critics say it forces people into the same spaces, rather than allowing people to spread out naturally.

Reports emerged at the weekend that restrictions were due to stay in place until at least March 23, yet the government has not given any official timeline for how long the lockdown will last, or any indications of when restrictions will be tightened or relieved.

One year to the day since China announced first death caused by 'mystery virus' in Wuhan, the city boasts it is 'the safest in the world' as the rest of the planet is ravaged by Covid-19 https://t.co/DLKq4PxYU6