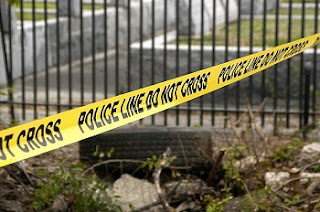 (YahooNews) - At least two FBI agents have been killed while serving a warrant at the home of a South Florida man suspected of possessing child pornography.
Three other agents were wounded, including two who were transported to a hospital in stable condition, the FBI announced Tuesday. The suspect was also killed.

“A team of law enforcement officers were there to execute a federal court-ordered search warrant in furtherance of a violent crimes against children case,” the FBI said in a statement. “The subject is deceased.”

It’s the FBI’s deadliest day since 1994, when two agents were killed by a gunman inside Washington, D.C. police headquarters, according to the FBI’s Wall of Honor.

The Miami Herald reports that five federal agents were reportedly tracking down the unnamed suspect in a child-pornography case that was being investigated by the FBI.

The incident began at the Water Terrace apartment complex at around 6 a.m, a Sunrise Police spokesperson told The Daily Beast. The suspect barricaded himself inside a unit.

Tiffany Walters, a resident at the apartment complex, told The Daily Beast she woke up around that time to a “loud bang” she initially thought was a car accident.

“After I heard sirens and eventually helicopters,” Walters said, adding that when she looked outside her window, she saw a helicopter fly away with what she believes was the FBI agent who was taken to the hospital.

By 9:04 a.m., authorities said the scene was deemed safe, but residents were still being asked to stay in their homes. Walters said at 9:15 a.m. she heard another loud bang, which she believes was associated with the suspect’s death.

“We’re still getting more information on what happened and we’ll have more to say, at a later date. We express our condolences,” Florida Gov. Ron DeSantis said during a press briefing.

Andrew Solomon, a 31-year-old who just moved into the Water Terrace apartment complex, told The Daily Beast he woke up early for work on Tuesday morning to see “a helicopter flying over” the building. When he tried to leave, two Sunrise police officers were stopping residents, asking them to open their trunks.

Solomon said he was asleep when the shooting happened on the northwest side of the complex. Property managers sent around a “stay at home order” for all residents and he planned to leave work early to comply with the police order, he said.

“It is a real nice neighborhood [and] well kept around a pretty lake,” he added. “So it is surprising to hear something [like this] happened.”

Walters said the neighborhood, where she has lived for four years, is quiet. At first, her family thought the police presence might have been related to “folks from January 6th,” referring to the U.S. Capitol riot.

“Once I heard it was a police raid I knew it would be handled,” she said.

According to its website, the Water Terrace apartment complex is an upscale gated community that houses a fitness center, spa, tennis courts, and a pool.

“In accordance with FBI policy, the shooting incident is under investigation by the FBI’s Inspection Division. The review process is thorough and objective and is conducted as expeditiously as possible under the circumstances,” the FBI added in the statement.
Source