Britain to intensify its activities against Russia 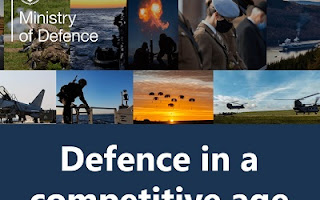 A document released by the British Ministry of Defence, titled “Defence in a competitive age”, identifies Moscow as its main threat and states that London intends to increase its presence around Russia – specifically in the Black Sea, the Arctic, the Baltic Sea and the Western Balkans. The United Kingdom also plans to invest significant funds into new military equipment so that soldiers can adapt to “the new threat.” The document acknowledges Britain’s awareness of multipolarity, but also its intentions to still challenge Russia while opening a path of cooperation with China.

The British Strategy for the Western Balkans is mentioned more than any other region in the document, suggesting they want more influence there. However, it is inconceivable that they will be able to bolster their forces in the region. Instead, it is more likely that Britain could be more involved in so-called cyber war. The document has a large part dedicated to cyberspace, and states “Cyberspace espionage can and will be used as part of wider influence and propaganda campaigns, as well as in support of wider hostile activity up to and including conventional warfare.”

Britain plans to invest over £20 billion to modernize the armed forces, but no one knows where that money will come from. The British Navy is in bad condition. Forbes wrote last year about Britain’s two new aircraft carriers, saying: “Having blown billions of dollars building the ships, the U.K. government no longer can afford the aircraft, escorts and support ships that help the flattops deploy, protect them and give them striking power.”

With no money, an ineffective navy, and plans to reduce the ground forces by about 10,000 soldiers that will bring the British military to its smallest size in two hundred years, it is not clear how London can achieve its great ambition of surrounding Russia in the Arctic, Baltic Sea, Western Balkans and the Black Sea. In addition to cutting 10,000 soldiers, the British military will also do away with two frigates, 14 C-130 Hercules troop carriers, 24 Typhoon fighters and Hawk jets.

The new strategy, as announced in the published document, demonstrates that the British are trying to be an independent player on the world stage without realizing that the days of their imperial domination has passed and that they are completely absorbed into the U.S. sphere of influence. Britain for most of the 20th century was a balance between the U.S. and the European Union in restraining Moscow. However, the absorption of Britain into Washington’s umbrella was complete after Brexit as the island nation cannot independently project its influence or power.

As they do not have the military budget or economic means to be on an equal footing with China, Russia, the U.S. or even Germany, they believe that by downsizing their military personnel they can build a more concise and niche apparatus. The British believe they can project their influence into far off locations like the Balkans and Black Sea by developing cyber warfare. This was an expected outcome as the British are attempting to act independently, but in the end, they will not be able to achieve anything unless it is alongside the U.S.

Although the British strategy testifies and acknowledges changes in the international system towards multipolarity, London is still a part of the Western bloc and cannot carry out actions independently. In that sense, British geopolitical ambitions are controversial as it cannot achieve them without significant external input.

What is unusual in the document is that it emphasizes that China is a British partner. Only last week, British Foreign Minister Dominic Raab said in the British Parliament: “I think the way we look at it is this: China is here to stay. We don’t believe we are harking back to an old Cold War mentality or paradigm. There are positives and we ought to look for the areas of constructive engagement – obviously in business and trade. Everyone is more or less doing trade with China.”

Although this is a major change in London’s policy towards Beijing, they none-the-less adopted sanctions against China on the same day that the EU and fellow Anglo countries imposed them. It can be suggested then that London is trying to balance Washington’s pressure to tighten their relations with China by maintaining and intensifying actions against Russia instead, as the newly published document attests to.
Source