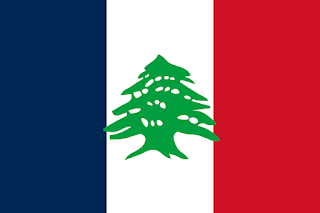 As part of Paris’ reengagement with Lebanon to bring political stability to the country, French Foreign Minister Jean-Yves Le Drian is urging his European partners to unite behind the issue. However, this is not only a French call for assistance to keep its influence in Lebanon, but is also a part of a renewed European effort to penetrate into Syria so that it can be a part of the reconstruction process. It is likely that France tasked Greece with the responsibility to reproach with Syria.

Lebanon was already in a state of crisis before the Beirut Port blast in August 2020. However, following the blast, which caused 210 deaths, over 7,500 injuries, $15 billion in property damage, and made around 300,000 people homeless in a country of less than 7 million people, the situation has only descended into cataclysmic levels.

“Everyone knows what to do, but it's blocked by special interests […] and therefore Europe cannot ignore this crisis. When a country collapses, Europe must be there,” declared Le Drian in Brussels in front of his European counterparts on Monday.

Lebanon is certainly going through a serious economic, political and social crisis. Protests persist unabated since 2019, the currency continues to lose value, and sectarian tensions are reappearing. Faced with this explosive situation, Paris urges its continental partners to support its initiative to bring stability and European influence back into the country.

This call for European assistance from the head of French diplomacy is a way of gaining more backing for his initiative. France was almost the only European country interested in the fate of Lebanon. Faced with a deteriorating situation and failure to bring political stability, the French government is asking the European Union for help so that it can keep its strategic position in Lebanon. The historical influence of France since the creation of Lebanon in 1920 as a separate entity to Syria meant that Paris always maintained a protective and benevolent position. However, today, its influence in Lebanon is waning because of competing influence between regional powers like Saudi Arabia, Iran and Turkey, hence Le Drian’s appeal to fellow European countries.

French President Emmanuel Macron not only immediately visited the East Mediterranean country, but attempted to make Lebanese political parties agree to form a new government in order to stem the crisis. But the will of Macron came up against the dysfunctional Lebanese political class.

However, the French president recently promised “a change of method” in his country’s dealing with Lebanon. A “change of method” is an acknowledgment that the French initiative failed and that a new strategy is needed for Paris to regain major influence and clout in Beirut. France wants to keep influence in Beirut as it is a gateway into Middle Eastern affairs where it has economic, linguistic and cultural interests.

Therefore, the European Union must serve as a springboard for the French initiative. However, many European partners criticized Paris' position with regards to Hezbollah. In a pragmatic logic, Paris wanted to include the anti-Israel and anti-U.S. Shi’ite party in settling the political crisis. For France, Hezbollah could also be a gateway into Syria after they lost all influence because they turned against Syrian President Bashar al-Assad and lost its areas of influence after the Turkish military and their jihadist proxies invaded northern Syria and expelled French forces. For some European countries like Germany, the Netherlands and even Lithuania, Hezbollah is a terrorist entity that should be sanctioned.

For the French, the reconstruction of Syria depends on the stability of Lebanon. By re-establishing strong influence in Beirut, it will open a door for the Europeans to come back into the Syrian game which they are currently locked out of due to their failure to carve out a zone of influence like the Russians, Americans, Iranians and Turks. Effectively, for the French, it is unacceptable that the Russians, Iranians and Turks all have major influence while they are locked out of their former colony.

The Europeans aim to position themselves as a part of the Syrian reconstruction process. Destroyed by ten years of war, Syria is in the process of rebuilding itself even if large areas of northern and eastern Syria are still occupied by Turkish and American forces. As the Europeans are locked out of the peace process, they are betting on soft power and economic rapprochement with Syria by first gaining a firm foothold in Lebanon. In this way, they are also likely turning to Greece to re-establish relations with Damascus.

Greece was traditionally the friendliest country to Syria in Europe, but withdrew its diplomatic relations with the country in December 2012 under pressure from the European Union and NATO who gained full control of the country’s foreign policy following the economic crisis. However, with the Syrian geopolitical chess board changing over the decade, Greece reopened its diplomatic ties with the Middle Eastern country in an effort to form strong relations with countries that oppose Turkey. In addition, Greece is in frequent communication with the Greek Orthodox Church of Antioch based in Damascus, announced its willingness to participate in reconstruction efforts, and recently considered its relations with Syria to be “extremely important.”

With Athens and Paris having a close strategic partnership in their vision for the Eastern Mediterranean, it is likely that as France works towards building its influence in Lebanon, it is using Greece to soften Europe’s rapprochement with Syria. This will be difficult after France bombed Syria on numerous occasions and supported terrorist organizations, but Damascus has already demonstrated it is willing to reproach and cooperate with former aggressors, just as it has done with the United Arab Emirates and Saudi Arabia.
Source