Netanyahu for Israel, one last time 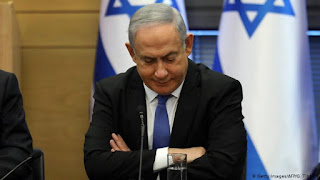 Twenty years ago this February, Israel held an utterly unique election. The contest pitted sitting Labor Prime Minister Ehud Barak against former general and Defence Minister Ariel Sharon. The Bulldozer, as Sharon was nicknamed, was the greatest general in Israeli history, the man who crushed the Egyptians in the 1973 War. He was Israel’s Patton. Sharon was also a domestic and international pariah for his planning of the 1982 war in Lebanon and the massacre of Arabs by an Israeli friendly militia. Even so, Sharon had wrested control of Likud from former Prime Minister Benjamin Netanyahu, whom Barak defeated in 1999. At issue in 2001 was the failed autumn Peace Process negotiations with Yasser Arafat and the ensuing Second Intifada. Barak, once the hope of the Israeli left and center, had failed completely. As flawed a candidate as Sharon may have been, he wasn’t Barak, and in the dark Israeli February of 2001 that was enough. Sharon crushed Barak in the one-on-one matchup 63%-37%.

What a difference a generation makes. Despite Western pretentions, the Peace Process is dead. Their unwavering faith in that process destroyed the once mighty Labor Party. As we’ve written in this space before, with the fragmentation of the Palestinian territories into PA and Hamas camps, four Israeli military campaigns against Hamas in Gaza, and now the Abraham Accords with the Gulf States, the Palestinian/Israeli Conflict is over and the Israelis have won.

Much as the only issue in 2001 was one man, Tuesday’s election is about one man, Prime Minister Benjamin Netanyahu. Through five elections Bibi is the undisputed master of Israeli politics. Millions of young Israelis have perhaps some vague memories of Ehud Olmert and before that Sharon. Otherwise Israeli young people know only Netanyahu. Bibi has governed longer than any other prime minister. He’s ruthlessly exploited Israel’s coalition system, divided his enemies, made new ones, and set them against one another. In the last election Netanyahu campaigned heavily against Israel’s three Arab parties to the point of xenophobia. In a wonderful irony, in this election Netanyahu is courting the Arab vote and may even invite the small Arab Ra’am party to join his coalition. Oh, Netanyahu has been indicted for corruption, but after a while corruption charges become white noise. One poll showed that 51% of Israelis don’t want Bibi to be Prime Minister any longer. So the election is between Bibi and Not-Bibi. The problem for the anti-Netanyahu crowd is that there is no Not-Bibi, just a collection of second tier challengers.

The Israeli Knesset serves a nation made of many peoples from Europe, the Middle East and North America. To represent this diversity of nations, traditions and languages the Israelis use a political apportionment system whereby each party receives a certain number of seats in the 120 seat Knesset based on the percent of the vote won. There is no MK for Beersheba or Haifa West, like there would be in the American or British system. As such Israel has a dozen parties carving up the national vote. Over the last 20 years, like every other Western Democracy, the electorate has coalesced into right and left blocs each of which can count on gaining between 50-60 Knesset seats.

The Israeli electorate has been deadlocked since the March, 2019 Election. For three elections in a row Netanyahu’s Likud finished in a virtual tie with Benny Gantz’ Blue and Whites (2019’s Not-Bibi). Finally, after yet another indecisive election, in May of 2020 Gantz agreed to take his wing of the Blue and Whites into a coalition with Netanyahu and the right-bloc, a move which shattered the party. Netanyahu agreed that the PM’s office would rotate to Gantz after 18 months, and Gantz foolishly believed he could hold the government together before Bibi double-crossed him and dissolved the government. Now Gantz’s Blue and Whites are polling around the 3.25 percent threshold required for Knesset representation. Bibi’s main challenger is Yeshi Atid, (the other part of Gantz’s Blue and Whites) a centrist party concerned with domestic secular/religious issues.

Going into the election this observer thought Bibi would lose, if for no other reason that after twelve years, enough is enough. But through a combination of skill, ruthlessness and events, Netanyahu has come back. Final Israeli polling shows a last minute Likud surge to 30-32 seats, followed by 18 for the above mentioned Yesh Atid, then the center right Yamina and New Hope both predicted to net 8 seats. Fifth is the Arab fusion Joint List. The various Haredi religious parties will get about 20 seats. Amazingly, Labor, the party of founder David Ben Gurion and once Israel’s natural governing party, is predicted to get only six seats, again.

The top four Israeli parties are right, center, right and right. None of them have any interest whatsoever in the Peace Process. The major issues in Israel today are Iran and Hezbollah and the secular/religious divide. In Israel the Orthodox Haredi control the nation’s religious institutions and life, and have special privileges including exemption from military service. Netanyahu is close allies with the Haredi parties. Israel will one day have to deal with the divide, but with the implosion of the Blue and Whites, that day will not be today. As Likud will win the most seats on Tuesday, 30-34 is this observers guess, President Rivlin will have no choice but to ask Netanyahu to form the next government.

Ehud Barak was a failure, but Benjamin Netanyahu is a success. Under Netanyahu’s current government Israel has about half the Covid-19 death rate as the US, UK and EU and has given at least one dose of the Pfizer Vaccine to 60% of the population, also a much better proportion that than the US, UK and EU. The IDF wages an unrelenting war against the Iranians in Syria and Lebanon, and now we have learned, engaged in outright piracy against Iranian ships at sea. Mossad has pulled off feats of espionage against the Iranian nuclear program seemingly right of a James Bond movie. Netanyahu has worked hard to better Israeli diplomatic relations in the Americas and Africa and remains on good terms with Vladimir Putin, closely coordinating with him in Syria. This is a solid record.

One other thing. The Biden Administration announced that it would like to revive the long dead Peace Process with negotiations based on the 1967 borders, shared sovereignty over Jerusalem and land swaps. The Israelis have been here before. in 2015 President Obama tried to force Netanyahu to accept the now defunct Iran deal, and when he refused, actively interfered in Israeli elections on behalf of Netanyahu’s opponents. Bibi won the election anyway, addressed Congress, and lectured Obama on Israel’s security in the White House. Prime Minister Netanyahu is the man for this moment.
Source