Will Syria return to the Arab League? 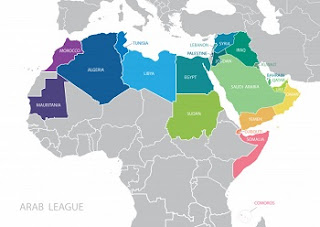 Changes seem to be close to happening in the Arab world. Between 8 and 12 March, Russian Chancellor Sergey Lavrov made a trip to the Middle East, passing through the United Arab Emirates, Saudi Arabia, and Qatar. One of the results of his trip was an interesting discussion about the possible resumption of Syria's membership of the Arab League after its suspension in November 2011. If the negotiations go ahead and the return comes to completion, the entire geopolitics of the Arab world will be renewed.

The Arab League is an international organization that works to manage political, economic, and social agendas among the countries of the Arab world, coordinating common policies for the mutual benefit of its members. For a long time, due to the West's campaign against Syria and the Assad government, Syrian readmission to the League was impossible, which is changing now. At a press conference on March 9, together with Sergey Lavrov, UAE Foreign Minister Abdullah bin Zayed Al-Nahyan stated that the return is of great interest to the Syrian people and declared that "Syria's return to the Arab fold and maintaining its key roles within the Arab League are a must (...) Therefore, the Syrian side and our colleagues in the Arab League are required to cooperate to make that happen as well”.

Also commenting on the case, Saudi Chancellor Faisal bin Farhan Al Saud said that Syria should return to the League to ensure "security and stability". Previously, the Saudis had already expressed their interest in the Syrian return when, in January, officials from Moscow and Riyadh made joint statements citing the need for Syrian reintegration into the League as quickly as possible. Other countries, in the same vein, had already made statements in favor of Syrian return earlier in 2021, such as Iraq and Egypt. In all cases, the need for return for security reasons was highlighted. In contrast, Qatar has shown opposition to this idea, with its chancellor, Mohammed bin Abdulrahman Al-Thani, claiming that the reasons for the expulsion in 2011 remain today.

Syria had been banished from the League in 2011 immediately after the start of the civil war. The reasons that led to the decision to expel it are many and encompass a wide range of delicate and complex topics. At that time, a true global crusade against the Syrian government had begun. Washington's strong campaign isolated Syria from its main international allies and made the country a "diplomatic pariah". The Arab League expelled Syria following this worldwide trend, not its own interests. In the beginning, in order to maintain good relations with the West, the League started to recognize the forces of opposition to Assad as representatives of Syria, but this stance became unsustainable because in a short time the opposition proved to be fragmented into different groups with diverse interests, without any rigid institutional apparatus - which led the League to disregard the opposition and make the Syrian seat vacant.

However, this situation began to change dramatically after Russian interference in the civil war in 2015, which revived Syria as a regional power, not only helping the government to fight the terrorist groups operating in the region but also creating a strong diplomatic alliance, making Syria a nation of great political respectability again. This radical change favored the return of expectations of a future of Syrian reintegration to the Arab world. Since 2018, some Arab officials had already expressed interest in the matter, but always in a timid way, as they had to balance this with the need for good relations with Washington and the West. Now, however, Washington increasingly withdraws voluntarily from the Arab world - which is perceptible, for example, in the diplomatic crisis between the US and Saudi Arabia -, which leads the Arab League to speak more firmly in order to favor the return Syrian – supported by Moscow.

However, Qatar's opposition is emphatic and reveals a key point on this issue. Qatar is an enemy of the Saudis and an ally of Turkey. Turkey is seen by most Arab nations as a major threat – it is necessary to remember that some Arab countries have entered into peace agreements with Israel in search of regional cooperation because they have Turkey as a common enemy and Arabs tend to be more afraid of Turks than the Israelis. The growth of Turkish influence in the region and Arab fear increased significantly in the Syrian civil war, where the Muslim Brotherhood and other militias financially supported by Turkey - and Qatar - grew significantly. Qatar's interest is in keeping Syria away from the League as reintegration would benefit the Assad government and harm the pro-Turkey armed groups operating in Syria. Qatar, as a Turkish ally, wants to weaken, not strengthen the League. So, faced with this scenario, it remains to know the level of interest of the Arab nations in having Syria back.

Perhaps, in order to recuperate Damascus, the League will have to officially break with Doha - which represents interests against the Arab world within the League itself.
Source: InfoBrics
Think your friends would be interested? Share this story!