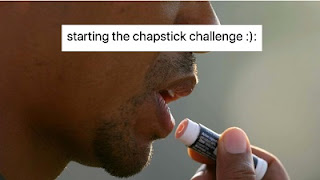 Chapstick Challenge refers to a suicide-ideation trend on TikTok in which a person shows themself opening a tube of lip balm and implying that when the tube is finished, they will commit suicide. While it is unclear if any deaths have resulted from the trend, its existence sparked backlash from people who believe the trend promotes suicide and may be a means to manipulate others into giving the poster attention. It is not to be confused with a similar "Chapstick Challenge" in which two people kiss and guess the other person's flavor of chapstick.

It is unclear when the Chapstick Challenge began. The earliest mention of the trend on Twitter was posted on March 24th, 2021 by user @kaitlynlaslett[1] (shown below).

It is unclear if anyone promoting the trend has actually engaged in self-harm. Videos associated with the trend are under a sound called "Chapstick Challenge"[2] and use an edited version of the song "The Cigarette Duet" by Princess Chelsea. While most of the videos with the sound are from people decrying the trend, there are some videos under the sound that imply suicide.

In late March, multiple publications wrote articles about the trend, including HITC,[3] Meaww[4] and Distractify.[5] Distractify posted a screenshot from an alleged sincere entry to the "Chapstick Challenge" posted by 0000_pain_0000, though it appears the video was deleted[6] (shown below). 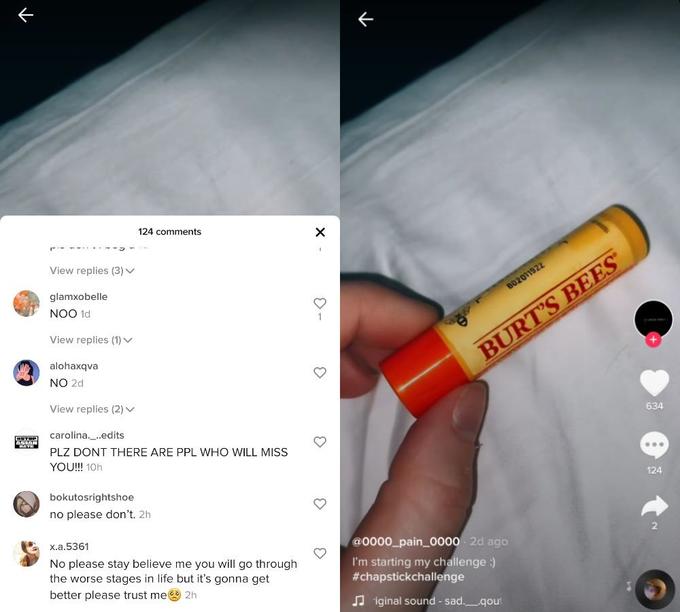 Many other videos posted as a sincere part of the trend have been deleted. The Daily Dot[7] identified videos by users @ashleysolis__, @just_make_it_stop and @save.me.sounds that sincerely participated in the trend, but all the videos were deleted. @save.me.sounds later posted that they had stopped doing the challenge.
Source