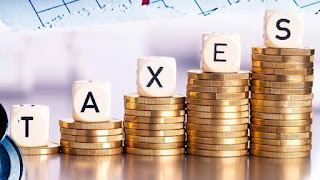 Washington is proposing a project to define a minimum universal tax rate. The bold attitude surges with the American fear that the country's multinationals will seek tax havens abroad due to the reforms in national tax law. In the US, taxes are about to increase considerably due to the need for the American government to raise funds to carry out its ambitious projects, such as Biden's Infrastructure and Climate Plans - and this could lead to a massive "corporate migration" to countries with softer tax laws.

Recently, Biden announced his infrastructure project containing the first massive expansion in federal taxes in decades. Its infrastructure reform plan is focused on creating the conditions necessary for the US to consolidate itself as a world hegemonic power, after years of steady decline. Biden is perceptive when he realizes that the global projection of a world power must be preceded by strong national investments in infrastructure, research, and development policies - sectors which fall has been noticeable in the American GDP in recent years. In other words, Biden wants to “de-virtualize” the American economy as far as possible, taking it out of the speculative and unproductive sphere to revert it to real, physical applications and with benefits in return for the country. To finance this national development project, the government aims to collect 2.3 trillion dollars, increasing the corporate tax from 21% to 28%.

In parallel to this, there is the bold Climate Plan, in which Biden proposes an agenda to quickly reverse the effects of years of environmental neglect in the US. This plan’s goals include reducing gas emissions by 28% by 2025, obtaining fully clean energy by 2035 and making the US a carbon neutral nation by 2050. To achieve these goals, Biden will have to be succeeded by presidents who stick to the same projects, however, efforts must start as soon as possible and that it will require structural reforms and resources to operate them. To acquire such resources, severe taxation is the most viable way.

Faced with such a scenario of priority in national investments and search for greater tax collection, the American government began to fear the emergence of a trend among the country's large corporations - those that would be most affected by the increase in the tax burden - to leave the US and create headquarters in nations considered "tax havens”, which generated the newest innovation in the world economy: the project of a minimum global tax rate.

The plan was announced by US Treasury Secretary Janet Yellen in her last public speech and, according to her, aims to interrupt the “30-year race to the bottom” - that is, the persistent search of large companies for better tax conditions in different countries, which only guarantees more profits for multinationals and does not contribute to the economic and social development of the nations where these companies operate. Janet Yellen further stated: "Together (the US and the United Nations) we can use a global minimum tax to make sure the global economy thrives based on a more level playing field in the taxation of multinational corporations and spurs innovation, growth and prosperity". Yellen, on the same occasion, announced that her plan is already being presented to the G20 to be debated among the main world powers. In addition, Yellen is already working in conjunction with the finance ministers of France and Germany to pressure the idea at the global level and in their own countries.

Currently, the average corporate tax rate worldwide is 23.85%, according to Tax Foundation data. It is not yet known what the exact value of a universal minimum rate would be, but these data already show how, without any obligation, there is already a reasonable balance in this sense, with the world average being even higher than the current American corporate tax itself (21%) - which makes us question the real need to establish a reform in this sense at the global level.

Contrary to the American plans, several other countries plan to reduce their fiscal requirements. France lowered its tax on large corporations from 31% last year to 27.5% this year. Last years, nine countries have reduced their corporate taxes and several economies have requirements that are far below those intended by the Biden government, such as Italy (24%), Spain (25%) and Russia (20%). In the same vein, there are countries that prefer low rates, such as Qatar (10%) and Cyprus (12.5%). The reasons why nations decide to increase or decrease their tax burden are many and depend only on the national interests of each country.

The US has the right to establish more rigorous tax legislation simply because it matches its current national development plan, being a strategic necessity, but it seems unnecessary to try to impose something in the same direction on all nations, because each country has its needs and create specific laws according to them. In putting a global minimum tax, despite any public speech for human development, Washington is simply trying to safeguard its own interests and impose its agenda over the G20.
Source