It's time the West stopped meddling in Russia's affairs 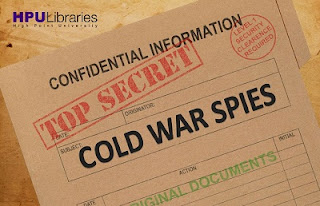 Johanna Ross is a journalist based in Edinburgh, Scotland.
Nikolai Patrushev, Secretary of Russia’s Security Council, warned on Wednesday that the West was supporting Ukraine in plotting terrorist acts in Crimea. He said: “At the suggestion of Western sponsors, training centers for sabotage and reconnaissance formations have been deployed on the territory of Ukraine. It is possible that the graduates of these centres will be focused on preparing terrorist attacks, and not only in Russia, but also on the territory of other states."

Not that this should come as a surprise to anyone with a knowledge of how western security services operate. The Americans and British have long worked with terrorist organizations to achieve their broader goals of destabilising certain countries and governments. What perhaps is lesser known, however, is just how long western governments have been meddling in Russia’s sphere of influence, particularly in Ukraine.

Some of us may be familiar with the US’ role in supporting the Maidan revolution in Ukraine in 2014 and the subsequent war in the east of the country which is ongoing. Why, the US and Britain are still there as we speak, assisting the Ukrainian army. Earlier this year legislation was passed in Ukraine to allow up to 2000 soldiers of the US and 2000 from NATO to be present in the country. And only a few weeks ago 350 tonnes of US military equipment was delivered to Ukraine.

Part of what led to the current conflict in Eastern Ukraine was the role played by neo-Nazis and supporters of Ukrainian far-right terrorist Stepan Bandera. It was this fascist, violent, Russophobic element of the Maidan revolution (with some of these neo-Nazis becoming politicians) that created the backlash we saw in the East, as Russian speakers refused to accept the coup launched and executed by these extremists. Particularly after events such as the Odessa massacre, when 48 anti-Maidan protestors were burnt alive in a building set alight by Ukrainian nationalists.

There is no hiding this brutal and violent element of Ukrainian nationalism. It has been around for some time - since the days of Bandera in the 1940s. And this is something that the Americans and their western allies closed their eyes to during the Maidan revolution. Furthermore, they clearly helped to foment this nationalist movement. Few may realise however that this was not a new strategy: both the US and Britain were supporting Stepan Bandera and his terrorist activities back in the late 1940s, as detailed in a book by intelligence historian, Rory Cormac. He writes:

“By late 1948… SIS [Secret Intelligence Service] had already begun to make serious efforts to exploit resistance movements from Ukraine and Poland. The former primarily involved supplying them with technical means for maintaining communications with Ukraine, as well as training small groups in the UK before infiltrating them back into their homeland. SIS and CIA backed rebel factions, with the British supporting that led by Stepan Bandera, a man they described as a ‘professional underground worker with a terrorist background and ruthless notions about the rules of the game’. SIS spent much energy encouraging Bandera to cooperate with the other faction but eventually grew frustrated with his arrogance and factionalism, breaking links in early 1954.”

The goal of course, as it is now, was to destabilise Russia’s satellite states. Back then Ukraine was part of the Soviet Union, and the objective was to cause as much trouble for Moscow as possible. Now, the West still sees itself as being in a position to reduce Russia’s influence in Eastern Europe, despite the shared history and culture that binds these Slavic nations together. (What is extraordinary is that the Americans and British really know very little indeed about this part of the world and yet they have gall to attempt to determine these people’s future).

Such meddling in each others’ affairs during the Cold War may not come as much of a surprise, but the fact is, Britain has been doing this for much longer. London played a key role in supporting the Russian revolution of 1917. Incredibly, Lenin met Trotsky for the first time in Britain, not Russia. Lenin spent a whole year in London and the 1903 London congress was a decisive moment for Bolshevism, which split its proponents in two - between revolutionaries and reformers. And ironically, it was also British, German and American financiers that made the communist revolution happen; without the bankers there wouldn’t have been any socialism, as detailed by Anthony Sutton in his book ‘Wall Street and the Communist Revolution’. The idea was to destroy Russia and its vast empire. The goal today doesn’t seem much different.

It seems that the West suffers from an incorrigible urge to undermine Russia, as has been the case ever since the country became a great power. Arguably Britain has meddled much more in Russia and its sphere of influence than Russia ever has in Britain’s. And yet all we hear about in the West is ‘Russian meddling’ and ‘Russian aggression’ as an effective propaganda campaign paints Russia as the enemy. It’s time the West stopped meddling in Russian affairs. No good has ever come of it - the Ukraine crisis is a testament to this. Moreover, Russia these days is a serious military force to be reckoned with.

“These people...are agents of foreign governments, chiefly of England. They receive huge salaries for stirring up the Russian people to revolt and for weakening the power of our government. The English do it so that we should not take India from them.”