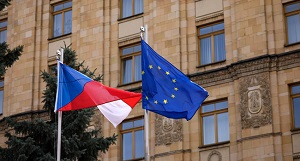 The U.S. failed to impose new sanctions on Russia and expel diplomats when Poland hastily declared persona non grata on three employees of the Russian embassy. Washington and Moscow even did a tit for tat by expelling each other’s diplomats from their respective countries, with ten Americans being expelled on Thursday alone. However, the Czech decision to expel 18 diplomats is the most provocative diplomatic action against Moscow in recent times as it threatens to have a domino effect across Europe.

Czechia’s parliament described the 2014 army warehouse explosion as “the biggest attack on our territory since 1968,” and called on the EU to condemn “Russia’s sabotage” and impose new sanctions. Czechia (more commonly known as the Czech Republic) accuses Alexander Petrov and Ruslan Boshirov, the Russian suspects blamed by London for the 2018 Skripal poisoning in Salisbury, of exploding an army warehouse in Vrbětice. This accusation comes at a time of heightened Russophobia amidst the West’s push to propagate about Russia's supposed upcoming invasion of Ukraine.

Jaroslav Štefec, a military analyst and former director of the armaments service of Czechia's Ministry of Defense, believes the 2014 explosion was carried out by Czech intelligence services, something not being contemplated by the likes of Ilves or Macron. He also questioned why this issue was brought up now and emphasised that camera recordings can very easily be edited.

Prague’s escalations against Moscow also had the goal of purging pro-Russian elements in the country. It is for this reason that President Miloš Zeman and Foreign Minister Tomáš Petříček had a public row, with the latter eventually being sacked. Zeman, considered pro-Moscow, managed to avoid the political manoeuvrings of Petříček, but could not avoid Russian energy giant Rosatom from being excluded in a multi-billion-euro tender for a new unit at the Dukovany nuclear power plant. This now puts U.S.-based Westinghouse, Korea Hydro and Nuclear Power and France’s EDF as leading candidates to build the $7.2 billion project after China had earlier already been excluded from the tender process following pressure from Czech security services and right-wing opposition parties. With China already eliminated from the tender process, Prague’s accusations of Moscow-backed terrorism “legitimized” a reason for Rosatom to also be excluded.

Czechia’s accusations and expulsion of Russian diplomats are more provocative than the U.S. expulsions as they are trying to frame this issue as an EU one. In yesterday’s resolution, voted for by 67 out of 72 senators, the Czech Senate stated that the attack in Vrbětice was an act of state terrorism by Russia against an EU member state. In connection with this, members of the upper chamber of the Czech parliament described the incident as an attack on the entire Union.

Within this scope, Acting Foreign Minister Jan Hamáček had the audacity to ask for a “collective action [...] aimed at a solidarity expulsion of identified members of Russian intelligence services from EU and NATO member states.”

There of course was little enthusiasm Europe-wide for Prague’s call for “solidarity” as the majority of member states are not interested being entangled with actions against Russia.

In one example, Greek Tourism Minister Harry Theocharis completed a four-day tour of Moscow on the weekend after meeting with Russian ministers, tourism organizations and media. Seeing as Greece’s economy relies on a tourism industry that has greatly suffered because of the COVID-19 pandemic, whilst at the same time Russia has ended flights to Greece’s main rival Turkey for the next month and a half, it is highly unlikely that Athens will expel Russian diplomats as the country sets to open to international tourists on May 15 and expects at least half a million Russian visitors over the summer. In the context of a greater geopolitical struggle between Athens and Ankara, as well as a Greek economy struggling to recover after more than a decade of austerity, Greece is now positioning itself to lure millions of Russian tourists who usually visit Turkey to spend their cash.

For this reason, in the Greek case, and for other economic and geopolitical factors in other European countries, Prague’s call for a “solidarity expulsion” of Russian diplomats will likely lead to naught, with perhaps exceptions from Poland and the Baltics. Although this call will likely lead to nothing in Europe, Washington will certainly jump on Czechia’s demand and begin consolidating the country as a U.S. partner against Russia. This in itself can have long-term ramifications, especially if there is potential for military cooperation and an opening of a U.S. base on Czech territory.