Can Boris Johnson survive a leadership now shrouded in scandal? 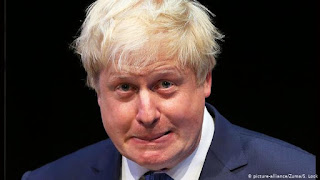 Former UK Home Secretary Amber Rudd once said about Boris Johnson: “he’s the life and soul of the party, but he’s not the man you want driving you home at the end of the evening.”
Yet here we are, almost two years into his leadership, and the British media are still acting with shock and surprise over Boris’ antics. The British are a funny bunch. In all honesty, it seems people are more upset over his negative comments over the John Lewis furniture in No.10 Downing Street than they were when Johnson lied to the Queen in September 2019 to prorogue parliament. There certainly seems to have been more media coverage of it.

In fact, after criticising the decor he and his fiancee Carrie Symonds were left with after the departure of former Prime Minister Theresa May, a “John Lewis nightmare” as it’s been reported, Johnson took pains to dismiss reports that he had anything against the department store in question: “If there’s one thing I object in this whole farrago of nonsense … I love John Lewis!” he insisted. If only he had expressed similar regret over illegally proroguing parliament to try to stymie debate of the Brexit bill. But not Boris.

You do get the feeling though that the establishment have had enough of Boris. It’s as if they’ve decided his time has come. At one time he seemed like the only man who could ‘Get Brexit Done’ and indeed, he did successfully strike a deal with the EU and take Britain out of the trading bloc. But the media campaign against him of late has been overwhelming and packed full of sleaze and corruption scandals.

Firstly last month he was questioned by the media over whether he acted with ‘honesty and integrity’ during his relationship with US businesswoman Jennifer Arcuri, after she gave an interview to The Mirror with all the gory details of Johnson’s four year extra-marital affair.. Under his watch as Mayor of London, Arcuri was given £126,000 of public money in the form of grants for her company and event sponsorship. In addition she was given access to three foreign trade trips led by Mr Johnson. Seemingly Johnson had not committed any criminal wrongdoing, but should have declared a conflict of interest.

Then came Johnson’s controversial former advisor Dominic Cummings, clearly still bitter about his departure from Downing Street, who has spilled the beans on a number of the Prime Minister’s less tasteful comments. Cummings had clearly stored them up, waiting for the right opportunity to ‘pounce’. And this was it. The first claim is that Johnson said he would “rather see bodies piled high in their thousands” than order another Covid lockdown last autumn. This statement could be easily dismissed as fiction if it weren’t for the fact that two witnesses have come forward to say they would testify that the PM did indeed say that.

Aside from Johnson’s apparent lack of empathy, there are also leaked text messages which appear to demonstrate abuse of power as he promises billionaire businessman James Dyson he will personally ‘fix’ a tax issue so his employees could return to the UK. To be honest this will not come as a surprise to many, as cronyism appears to be rife in Johnson’s cabinet. (Earlier this year it was ruled that Health Secretary Matt Hancock had acted ‘unlawfully’ by not publishing the details of billion-pound PPE contracts, including one given to a friend and neighbour.) Labour and the SNP have called for a full independent public inquiry into why Tory donors and friends have been handed lucrative contracts, special access, tax breaks and peerages by Johnson’s government.

As author Paul Mason wrote in the New Statesman recently, the Conservative government is getting away with corruption ‘on an epic scale”. He said: “In short, we are adrift in a sea of corruption, past and present. If you’ve been anywhere near power, you know how this works. None of it is done in secret. It’s done with the connivance and the blind eye of everyone who sees it happen. Nobody asks awkward questions such as, why is this guy even in the room? Nobody who wants a promotion or an invite to the summer party, that is.”

Paul Mason also added the rather concerning, but valid observation that nobody seems to care. Indeed one does wonder what it would take in the UK for people to protest at such government impropriety. For all our boasting about democracy, it seems when it comes down to it, we’d rather accept the status quo than ruffle any feathers. In England people voted for Boris Johnson, after all, fully aware of his character. As Gina Miller wrote earlier this year in The Guardian: “It is not the British way to make a fuss, and no doubt there are those who think even now that the government taking it upon itself to break the law in “very specific and limited ways” isn’t something to be too concerned about.”

Therefore it is likely that Boris Johnson will survive this latest fiasco. After all, he has endured so many scandals throughout his colourful career to date, and come off relatively unscathed. Some would even say it makes him more human. And of course, the main thing is that he really does love John Lewis.