Four-star generals call for U.S to increase propaganda against Russia and China 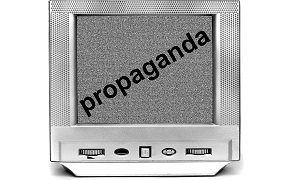 A memo, signed by nine of the 11 four-star combatant commanders in the U.S. military, calls for the U.S. to increase its propaganda campaign against Russia and China. Although top leaders in the U.S. Central Command and Cyber Command did not sign the memo, having four-star commanders attach their name to the document shows the failure of the American propaganda model to globally demonize Russia and China.
Although the memo has not been publicly released, it was reviewed and partially published by POLITICO. According to the U.S.-based outlet, the memo “made waves inside the Pentagon, the Intelligence Community, and on Capitol Hill over the past year,” and came to be known as the “36-star memo.” Effectively, the four-star commanders are asking for the U.S. to engage in information warfare to propagate the “pernicious conduct” of Russia and China by “waging the truth in the public domain against America’s 21st century challengers.”

The U.S. never ended or lessened its information war against Russia and China, but this did not stop the commanders calling on Washington, its allies and partners “to win without fighting, to fight now in so-called gray zones, and to supply ammunition in the ongoing war of narratives.” This call however is testimony that the once successful propaganda model used by the U.S. is no longer working. The memo is in fact an urging for the U.S. to adopt new methods to disseminate their propaganda more successfully.

It is near impossible to read any American newspaper or watch any news station and not be inundated with anti-Russia/China propaganda. The most common, or the most famous examples of the American propaganda war, are its endless allegations of Chinese genocide in Xinjiang against the Uighur Muslims, Russian and Chinese hackers interfering in U.S. elections, and Russia’s supposed military aggression, among many others that have all been thoroughly debunked.

However, whereas media literacy was once weak in the Western World, particularly at the height of the Cold War and post-Soviet unipolar order, the propaganda model is not as effective today. Although indoctrination remains strong in the U.S., with both Republican and Democrat-aligned media pushing propaganda against Russia and China, social media and alternative news sources provide new information streams that counter the dominant narrative, thus instigating the memo signed by the four-star commanders.

Traditionally it was American and British news channels that dominated the English-language narrative. However, the advent of France24, Germany’s DW, Russia’s RT, India’s WION, Iran’s PressTV, Pakistan’s Indus News, Turkey’s TRT World, Qatar’s Al-Jazeera and China’s CGTN to English-language broadcast, means that the American narrative has been weakened as alternative perspectives to events and issues are now disseminated globally.

Along with perspectives from other countries that often are contrary to U.S. interests, a flourishing ecosystem of counter-propaganda news sources is also emerging in the Anglosphere discrediting, among others, The Bellingcat as not being a legitimate, impartial and/or independent news source despite endless adulations from Western media, intelligence agencies and governments.

For this reason, the four-star generals stressed in January 2020 to then-acting Director of National Intelligence, Joseph Maguire, that “Unfortunately, we continue to miss opportunities to clarify truth, counter distortions, puncture false narratives, and influence events in time to make a difference.”

The U.S. is not failing to “clarify truth, counter distortions or puncture false narratives.” Rather, the U.S. is failing to convince audiences, especially internationally, of their claims. The biggest blow to the U.S. propaganda model was the endless claim that Iraq had chemical weapons to justify the 2003 invasion, which as became famously known, was a lie.

The generals in their memo said: "China and Russia are employing all instruments of comprehensive national power to execute political warfare, manipulate the information environment, violate the sovereignty of nations, co-opt international bodies, weaken the integrity of multilateral institutions, and splinter our alliances and partnerships.”

This is a fascinating allegation.

The four-star commanders claim that Russia and China are manipulating the information environment despite the likes of Bellingcat becoming the darling child of American and British misinformation, especially against Russia, as extensively exposed. They also claim Russia and China violate the “sovereignty of nations” as U.S. troops continue to occupy large areas of Syria and Iraq without a UN mandate or formal invitation from the two respective countries central authorities.

The four-star commanders also say, keeping in mind the memo was authored in January 2020, that Russia and China “weaken the integrity of multilateral institutions” when it was the U.S. who withdrew from the Paris Agreement, UNESCO and UNHRC. Finally, they also claim Russia and China aim to “splinter” the U.S.’ “alliances and partnerships” when in fact it was Turkey already splintering NATO by threatening war with Greece for several years before the country had any ideas of buying the S-400 missile defense system, in addition to former U.S. President Donald Trump angering many Alliance members by bemoaning their non-commitment in spending 2% of their GDP on the military.

The memo is an acknowledgement that the U.S. propaganda model is weakening, especially as people now have access to a variety of alternative news sources independent of U.S. intelligence agencies and interests. The four-star commanders are essentially calling for a consolidation of propaganda to be more effective. However, at least from the published excerpts in POLITICO, they do not offer any suggestions. As propaganda becomes easier to debunk, the U.S. will find it difficult to legitimize its unilateral aggression across the globe.

Although Sinophobia and Russophobia permeate in the Anglosphere and in post-Soviet NATO member states, in large part because of the editorial positions of their local media, this is not the case for the overwhelming majority of the world, and it is this fact that worries the four-star generals as the U.S. no longer has the international prestige it once had.
By Paul Antonopoulos, independent geopolitical analyst
Source