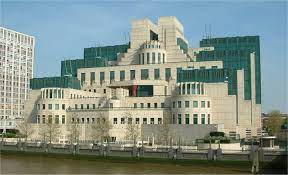 In 2015 a House of Lords EU committee report was published on the Ukraine crisis, and how it came about. Its conclusions were damning: there had been a ‘catastrophic misreading’ of Russia. The UK, together with its European counterparts, had ‘sleepwalked’ into the disaster which unfolded.

It suggested there was a deficit of basic language skills in the Foreign Office, with civil servants tied to their desks, unable to acquire the deep knowledge of Russian politics required for any genuine insight into the country. The report stated: “Foreign Office reforms in 2000 reduced the emphasis on historical, linguistic and cultural expertise, and instead rewarded generic ‘management skills.”

The result - an inability to properly comprehend Russian policy-making. In addition, it was concluded that there was a general decline in knowledge of Russia amongst civil servants. Certain changes made to the Foreign Office structure had directly impacted the level of expertise available: “While there has been an increase in staff at the FCO to deal with Ukraine and Russia, we have not seen evidence that this uplift is part of a long-term rebuilding of deep knowledge of the political and local context in Russia and the region.”

Six years on, and the UK doesn’t seem to be any further forward in its ‘reading’ of Russia. In fact, incredibly, it seems senior security establishment figures whose job it is to know, can’t tell their borsch from their pelmeni.

The first ever broadcast interview with a current head of MI6, on Times radio recently, conveyed this to the letter. Richard Moore, who comes across as a soft-spoken, placid character, was asked twice by the interviewer why he thought the Russians had taken the decision of late to accumulate tens of thousands of troops near the Ukraine border. Both times, he expressed that he didn’t know the answer. An admission of this nature is worrying. Firstly, it signifies a lack of engagement with Russia - which has only got worse since then - but also signifies a broader ignorance which has led to the dangerously hostile relationship the UK now has with the country (Russia was named last month as a No.1 threat to Britain). If the head of the Secret Intelligence Service doesn’t have any idea what Russia is up to, then what hope is there for anyone else in government?

Further to this, Moore seemed to simply repeat the current (false) mantra of the Atlantic Council on Russia - that it is a declining power, ready to combust at any minute. For years we have been hearing this statement. In 2011 Russia was branded ‘The Dying Bear’ by Foreign Policy magazine because of the ‘demographic crisis’; in 2016 Russia’s collapse was ‘imminent’ according to Foreign Affairs, and now in 2021, we have the head of MI6 stating that “Russia is an objectively declining power economically and demographically. It is an extremely challenged place.”

If we take these issues, one by one, it is not clear where he is getting his data from on this. For despite western sanctions, President Putin set a goal (disrupted by the coronavirus pandemic) for Russia to become one of the world’s top five economies by 2024. In terms of Purchasing Power Parity (PPP), the Russian economy ranks sixth in the world, and if you look at this World Bank graph it is clear that it has steadily grown in this regard since the fall of the USSR. And despite the trials of last year, the Russian economy has performed better than many others (only contracting by 4% instead of 10% like many European economies). Britain, on the other hand, is in dire straits economically because of the two Covid lockdowns. The Financial Times reported earlier this year the UK was suffering its biggest drop in economic output in 300 years. Is Britain now a declining power?

When it comes to demographics, the Russian government has never made a secret of its desire to increase life expectancy, and the birth rate. In recent years Putin announced a number of incentives to encourage more women to give birth and to support families. Even more such benefits were announced last week. In any case it’s worth noting that Russia’s population has in fact grown by around 3 million in the last ten years. What is curious, is that, if demographics is to be a measure of a declining power, then perhaps Richard Moore should look closer to home, at his own country’s statistics. In 2019 it was said the UK was facing a population crisis as it recorded the lowest ever birth rate since records began. This year the Telegraph predicted the shrinking population would have ‘dramatic implications’ for the UK economy.

The UK is not, of course, Richard Moore’s remit. He fulfills a useful role just now of portraying the Russian threat. Putin and the Russian people continue to be the ideal scapegoats, providing distraction from the woes created by the current Conservative government. Steeped in allegations of corruption and sleaze, Boris Johnson’s government is doing its best to avoid being held accountable for issues such as its handling of the Covid pandemic and the negative consequences of Brexit. But why focus on record poverty levels or a disintegrating United Kingdom when you can unite people behind the British flag with the threat of an ‘evil empire’? After all, not many people in the West know much about Russia and therefore can’t refute the allegations being made.

So while there remains a dire lack of understanding of Russia within the UK establishment, one has to ask, if that is indeed more profitable for the current leadership. Having Russia pose a threat to UK national security fits nicely into Boris Johnson’s new ‘Global Britain’ strategy as the country once again looks to throw its weight around the international arena. This explains why most of Richard Moore’s interview was devoted to Russia, and not to, say, a much more critical threat to the UK’s territorial integrity - that of Scottish Independence - which didn’t even get a mention.