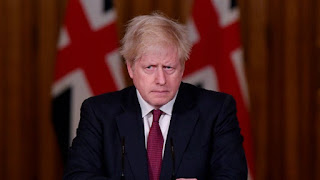 It was supposed to be ‘Freedom Day’; June 21st, when people could begin living much as they did before the pandemic took hold. However, with Covid rates rising again, the UK Prime Minister Boris Johnson announced to a dismayed British public on Monday evening, that he would have to delay the lifting of restrictions by another four weeks.

The move was not unexpected, as even with Boris Johnson’s ‘spectacular vaccine rollout’ as he puts it, and social distancing rules in place, the country is finding itself on the tip of another Covid wave. Indeed, with over 7000 new infections per day, the Prime Minister said that the new Delta variant was in fact ‘spreading faster than the third wave predicted in the February roadmap’. In short, the government has to rethink its strategy as the previous plan to unlock restrictions this summer had not taken into account the possibility of such a new, virulent strain of coronavirus.

The Delta or ‘Indian’ variant has changed the game plan. It is thought to be around 60% more transmissible than other strains of coronavirus, and appears to be more harmful to younger people, unlike the previous Alpha, Beta and Gamma ones, which tended to affect the older generation more seriously. Research is still being carried out as to just how effective current vaccines are at protecting people from the Delta variant; so far it seems that two doses of vaccine are essential if one is to have significant protection. We know that the risk of contracting Covid after one dose of vaccine remains relatively high - one study showed that a single jab resulted in only 30% protection. This figure is above 80% after 2 doses. As Boris Johnson acknowledged in his speech on Monday, the concern is that still many young people have yet to be vaccinated and that ‘a proportion of the elderly may still succumb even if they have had two jabs’.

As a result, Johnson is stressing that we need a new way of thinking about Covid, that it is here to stay and we must ‘learn to live with it’. Yet his decision to delay the reopening of the country contradicts that message somewhat. There is huge anger and frustration amongst business owners, who if they have not already gone bankrupt during the pandemic, are on the brink of bankruptcy. Those in the hospitality sector feel their industry has been unfairly treated. Wedding planners point out that people are allowed to attend sports events but haven’t been able to get married. Nightclub owners claim their facilities are ‘better air-conditioned than supermarkets’. There is a feeling of desperation and despondency as businesses feel abandoned and isolated; people are at the end of their tether. Theatre owner Sir Andrew Lloyd Webber has even gone as far as to say he is prepared to be arrested over the matter; that his theatre will open on 21st June ‘come hell or high water’.

The Prime Minister has faced criticism from the Labour opposition over his decision not to close the border with India after the Delta variant was detected. In a rather humorous twist, Nick Thomas-Symonds MP suggested the new strain should be renamed the ‘Johnson variant’ after the PM’s ‘unforgiveable recklessness’ and ‘incompetence’ led to a delay in the closing of the border with India. It has been said that such a delay was in fact due to Johnson’s hope that a trade deal could be negotiated with India, and that the PM feared that stopping travel would disrupt trade talks and a planned photo-op with the Indian leader. Shadow health secretary Jonathon Ashworth said on Tuesday that ‘rather than red listing this new [Delta] variant, we essentially gave it the red carpet treatment as 20,000 people were allowed to arrive from India over a number of weeks in April, even though the warning signs were there.’ On the other hand, Bangladesh and Pakistan were put on the red list before India, with both countries having fewer instances of the Delta variant. The £1 billion trade deal with India was announced on 4th May, although Johnson didn’t ever make it to India himself as earlier was planned.

This saga over the Indian variant is typical of Boris Johnson’s tenure, however. He is a man all about the show; about photo-ops and presentation. From the new rule of flying Union jacks on government buildings, to the £2.6 million renovation of the Downing Street press room, the Prime Minister places more emphasis on ‘pomp and circumstance’ and less on the ‘nitty gritty’. He’s also a bit of a risk-taker, as we know from his engineering of Brexit, which involved at one stage lying to the Queen to prorogue parliament. This all means, as some have pointed out, that he’s not your ideal leader during a pandemic, when really serious decisions have to be made, at exactly the right time. And as public frustration mounts, Boris may find that he is not so easily forgiven for any similar errors of judgement, such as over the Delta variant.


By Johanna Ross is a journalist based in Edinburgh, Scotland.